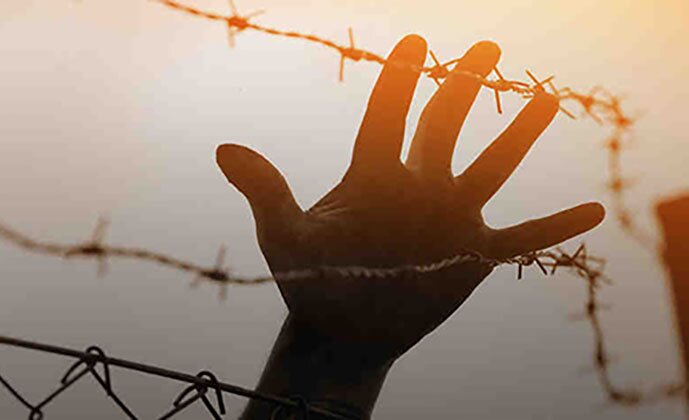 Saba Hamadi (Abyat), daughter of Zeidan, born in 1998 in Susangerd, Khuzestan Province, is married and a student of Agricultural Engineering. She was arrested in 2018 after she published an article against ethnic discrimination, economic problems, and rampant poverty on bogus charges.

She was accused of collaborating with Daesh (ISIS), a charge which was never proven until the day she was released from prison.

Saba Hamadi was sentenced to death in May 2019. In November, her sentence was commuted to 15 years in prison on charges of acting against national security.

As a result of her family’s persistent inquiries, she was temporarily released on a 4-billion-toman bail bond on April 27, 2020.

When asked about the tortures she underwent in jail, Saba Hamadi did not accept to do so.

The second case is that of Fahimeh Esmaili Badvi. An elementary school teacher, Fahimeh was arrested at the age of 26 along with her husband, Ali Motiri, on November 28, 2005 despite being 8 months pregnant.

Ali Motiri was executed on December 19, 2006 on the charge of Moharebeh (waging war on God). Fahimeh received a 15-year sentence and was sent to exile in Yasouj, capital of Kohgiluyeh and Boyer-Ahmad Province.

When she was giving birth to her daughter, Selmi, the so-called doctor who was delivering her baby told her that he should have killed her and her daughter. Agents of the Intelligence Department were accompanying her even during her labor and delivery.

Fahimeh Esmaili Badvi was released after 12 years of imprisonment in 2017.