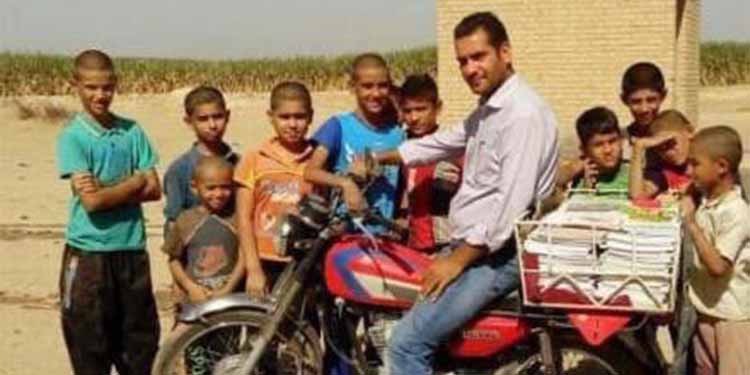 Adel Asakereh, a civil activist teaching in rural areas in Khuzestan, was sentenced to nine years in jail by the Public and Revolutionary Court of Shadegan, in southwestern Khuzestan Province.

Adel Asakereh is charged with “distortion of public opinion”, “insulting the leader, officials and agents” and “acting against national security.” The charges and ensuing verdict are based on the activities of this civil activist on the social media.

Adel Asakereh used to teach in a school in Saf’heh village near Shadegan. After starting his work, Mr. Asakereh published many posts critical of the authorities who plunder the farmers’ lands in this region and spend large sums of money and budget in the seminary schools and their affiliated centers while citizens in the province have deplorable economic conditions and live in poverty and destitution.

Adel Asakereh has a master’s in history. He was arrested on May 5, 2019. He was under interrogation for several months, then he was arraigned with charges, and detained in solitary confinement. He was temporarily released on a 5-billion-rial bail bond until his prosecution is finalized.

This is not the first time a civil activist receives a heavy sentence for criticizing the regime’s officials and speaking out against the horrible economic and living conditions of Iranian citizens.