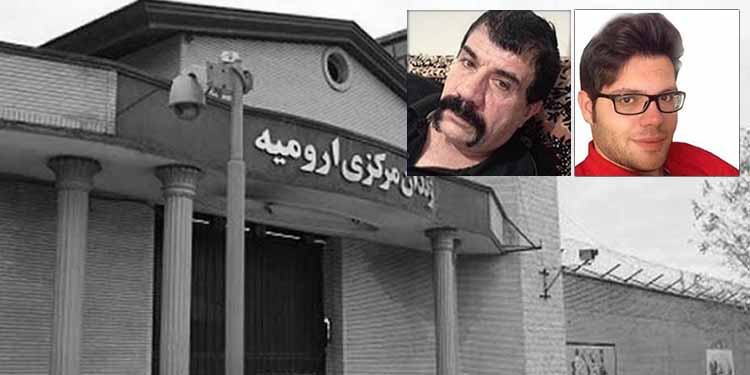 No news on the conditions of political prisoner Salar Sedigh Hamedani after being transferred to the detention center of the Intelligence Department of Urmia.

Political prisoner Salar Sedigh Hamedani was displaced 12 days ago from the Central Prison of Urmia to the detention center of the Intelligence Department of Urmia. His family have no information on his conditions or whereabouts since then and are seriously concerned about his health.

Political prisoner Ebrahim Sedigh Hamedani started a hunger strike on August 9, 2020 in protest to his son’s relocation to the Intelligence Department’s detention center and fabrication of unfounded cases against him.

On Saturday, August 15, 2020, one week after the start of his hunger strike, Mr. Sedigh Hamedani is feeling dizzy and his blood pressure has dropped very low.

A source close to this family said, “The family’s inquiries from outside have so far led nowhere. The Department of Intelligence has not given any response, telling the family that they did not need to follow up on this case. The Sedigh Hamedani family are seriously concerned about (Salar’s) condition. The detention center’s environment is unsanitary. They do not even give water to the detainees, and they have to drink from the water tab that is next to the toilet. The blood pressure of Ebrahim Sedigh Hamedani has dropped to 90, but he refuses to go to the prison’s clinic in protest of the authorities lack of attention. Ebrahim has vowed to continue his hunger strike until his son, Salar, is back.”

The two political prisoners have been accused of “disseminating propaganda against the state inside prison.”

Earlier, on May 2, 2020, Ebrahim and Salar Sedigh Hamedani went on hunger strike in protest of the prison authorities’ refusal to grant them leave and medical treatment. Sometime later, they ended their strike after the authorities promised to fulfill their demands.

Ebrahim Sedigh Hamedani, son of Sadeq, and his son, Salar, and his daughter, Maryam, were arrested on February 23, 2019. They were transferred to the Central Prison of Urmia on April 23, 2019, after two months of interrogations.

Maryam Sedigh Hamedani was transferred to the women’s ward of this prison. She was released on bail on April 25, 2019.

Ebrahim and Salar Sedigh Hamedani were sentenced to a total of 16 years in prison by Branch 2 of the Revolutionary Court of Urmia on charges of “membership in the People’s Mojahedin Organization of Iran” and “propaganda against the state.”

Ebrahim Sedigh Hamedani had reportedly been arrested in 2005 for “collaborating with the People’s Mojahedin of Iran” and sentenced to six years in jail. He was conditionally released after serving two years.