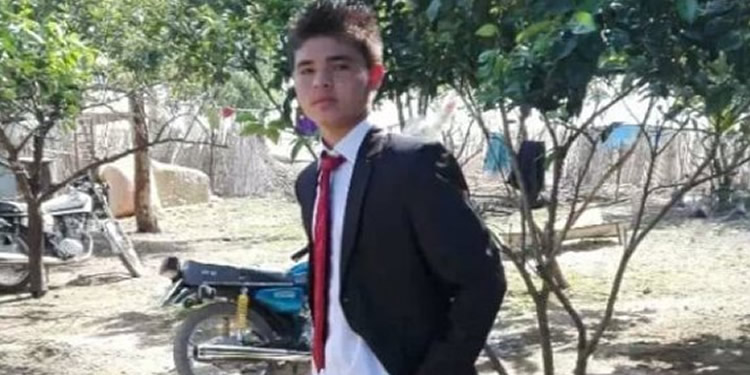 A young inmate, Mohammad Dowji, 19, was tortured to death by prison guards in Amirabad Prison in Gorgan on November 18, 2020. He had been imprisoned for engaging in a fight. He was from Odak Dowji village in Agh Ghala county, in the province of Gorgan, northern Iran.

One of the inmates in this prison said: “A fight broke out in prison. To punish Mohammad, prison guards stripped him naked and tied his hands and feet. They suspended him from the ceiling in the cold and beat him until he went unconscious. Then they poured cold water on him. They did this in front of all the inmates so that we would learn a lesson. Unfortunately, Mohammad could not endure the torture and lost his life in the morning.”

The inmate added that prison authorities had stepped up security measures in Amirabad Prison after this incident and imposed new restrictions on all inmates. They have not allowed any of the prisoners who have completed their term of prison sentence to leave.

Reports indicate following Dowji’s death, strict security measures were implemented. A few inmates who were to be released yesterday were not given permission to leave the prison.

This is the second reported death under torture in Iran’s prisons this month.

Earlier this month, a 27-year-old man identified as Farhad Vosuqi was killed under torture in Khorramabad Central Prison.
Farhad Vosuqi married and father to a three month old boy, was tortured and killed on November 10.

Farhad’s brother confirmed the report, saying he witnessed the torture marks on his brother’s body in forensics. Farhad lived in the city of Nourabad in Lorestan Province.

An informed source said Farhad was detained three weeks ago, accused of the murder of a man identified as Hossein Juzi. According to the source, he was kept in solitary confinement in Khorramabad Central prison for the whole duration of his incarceration.

Hossein Juzi, a protester and organizer of the November 2019 nationwide anti-government protests in Nourabad was secretly arrested by the Islamic Revolutionary Guards Corps (IRGC) and was subsequently killed, the source added. Farhad and his brother were arrested to “cover the IRGC’s tracks”.

Farhad’s brother, Mostafa, was arrested three months before this, and is currently in prison.
Human rights websites said Farhad Vosuqi was tortured to confess to the murder.