Iranian Worker, 45, Sets Himself On Fire Due to Financial Straits 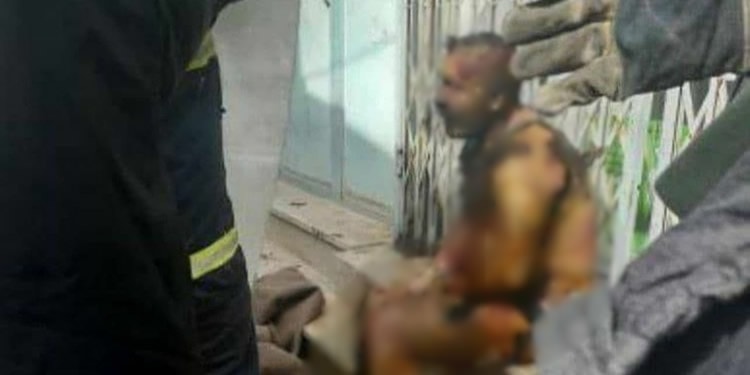 A 45-year-old worker in Kermanshah set fire to himself and died on Wednesday, November 18, 2020.

The destitute worker did this act of protest in front of the Workers’ Syndicate in the city of Kermanshah. He died after he was transferred to hospital due to severity of injuries.

Simultaneous with the dissemination of the video clip of this man on social media, it was reported that he did so because of his failure to pay for the living and medical expenses of his mother who is ill.

The state-run ILNA news agency reported on November 18 that a 45-year-old worker set himself ablaze on Rashidi intersection outside the Workers’ Syndicate in Kermanshah.

The worker was taken to the city’s Khomeini Hospital but he lost his life because of serious injuries he suffered.

Mohammadreza Amouii, deputy for social affairs of SSF in Kermanshah said he would inform the public after he finds out more about the details of this incident.

The news published on social media indicate that the worker’s mother has cancer but does not have access to insurance. The young man committed suicide because of living hardships and failing to pay for the treatment of his mother.

The tragic death of the worker resembles a similar incident which recently took place in late October in northern Iran when a mine worker self-immolated after being laid off.

According to an informed source the young man set himself on fire in protest to getting laid off from the Shabab Mine Company and 4 months of unemployment.

The 32-year-old worker, Saber Behboudi, from Ganjeh village, Rudbar County sustained burns on 90% of his body and died on November 1, in a hospital.

According to the Head of the Rudbar Cooperatives, Labor, and Social Welfare Organization, Saber Behboudi self-immolated outside one of the sand mine companies in Rudbar.

“The managers of the company claim he was working as a day laborer in the company’s construction sector until eight months ago and that his work was terminated after the construction work ended,” Mohammad Heidari added.