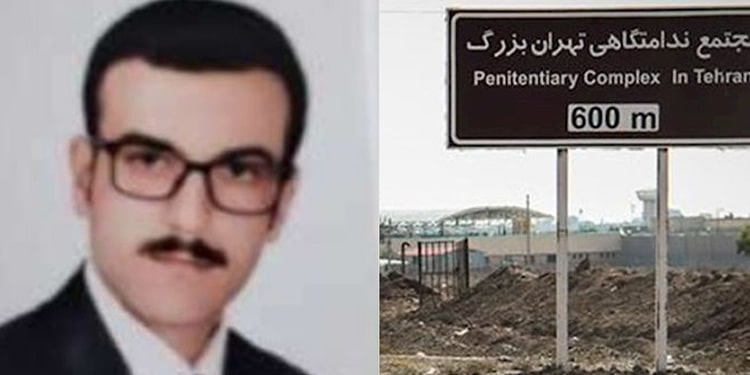 Political prisoner Pouya Ghobadi has been transferred to the quarantine of the notorious Great Tehran Penitentiary (GTP) after protesting shortage of food in GTP’s Ward 2.

He has been quarantined in Hall 6 of Ward 2 as punishment for protesting shortage of food along with other prisoners on January 19, 2021.

All the inmates detained in Hall 9 of Ward 2 of the Great Tehran Penitentiary sent back their food on Thursday, January 14. On that day, they were given four chickens for 52 prisoners, that is one chicken for 13 persons.

The authorities in charge of the Ward, instead of attending to the needs of the inmates, punished political prisoner Pouya Ghobadi by sending him to the quarantine to teach a lesson to other prisoners.

Hall 6 of Ward 2 is the place for detention of sick prisoners suspected of infection with the Coronavirus as well as prisoners who return from leave. The quarantine hall does not have the minimum facilities, an informed source said.

Inmates detained in Hall 9 held a protest on January 20, 2021, against the transfer of their cell-mate.

Born in Songhor, Kermanshah Province, political prisoner Pouya Ghobadi is 27 and is a graduate of electrical engineering.

Pouya Ghobadi and Vahid Bani Amerian were arrested in March 2019. They were detained in solitary confinement, tortured and interrogated in Ward 209 of Evin Prison for three months. Due to the pressures, Pouya Ghobadi had bloody discharge for one month and had become very weak.

He was subsequently transferred to Ward 4 of Evin and then sent to exile to the Great Tehran Penitentiary in mid-2019.

Mr. Ghobadi was first arrested in March 2018 and sentenced to five years’ imprisonment for propaganda and assembly and collusion against the state.

Then in September 2020, he was arrested again along with Vahid Bani Amerian and charged with “acting against national security through membership and effective collaboration with the People’s Mojahedin Organization of Iran”, “propaganda against the state”, “destruction of public property”, and “assembly and collusion to act against national security.”

Their lawyers, however, have appealed for their case.

Pouya Ghobadi has a weak immune system due to mal-nutrition and his health is in danger in the quarantine of the Great Tehran Penitentiary.