Letter by five French syndicates to Macron: Take Action to Save the Life of Reza Shahabi 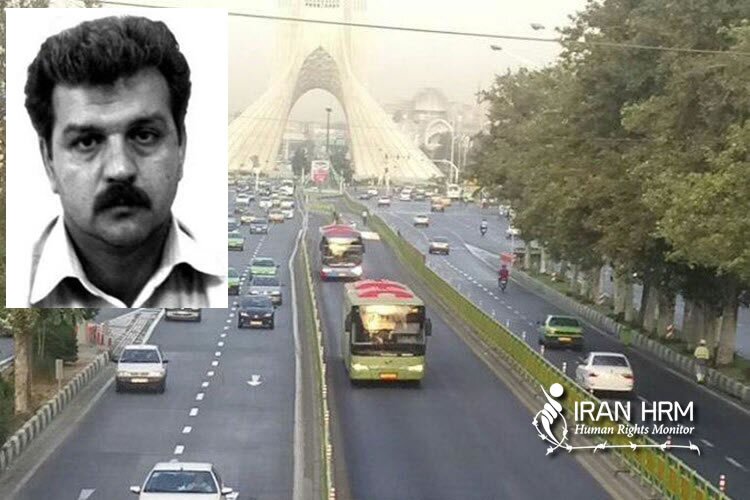 Five French labour syndicates, together with Amnesty International, called on the French President Emanuel Macron to intervene to protect Reza Shahabi, member of the Syndicate of Tehran and Suburbs Bus Company. Reza Shahabi has been on hunger strike for 35 days, and his life is in danger.
The letter to the French President is part of a “Collective” action consisting of five French syndicates including the CGT, the CFDT, the FSU, UNSA and Solidaires together with Amnesty International to support Reza Shahabi and other Iranian labour and cultural activists.
Reza Shahabi, a labour activist who has been on hunger strike since August 9, faces severe hypertension, localized anaesthesia in the left side of the body, impaired digestive function, and severe weight loss.
At a meeting held in Paris on September 12, the “Collective” decided to take action in partnership with Amnesty International to support the Iranian workers and educators in jail and defend the right of Iranian workers to organize.
In the letter of these organizations to Macron, the issue of Reza Shahabi was at the center of attention due to the necessity of trying to preserve his life, but other Iranian union activists and prisoners of conscience were also considered and reminded by their names and the French President was urged to demand their immediate release and prohibition of prosecution.
The Collective also plans to work together in coordination with international trade unions. Negotiations have begun with other unions in Europe to work together to defend Iranian workers.
So far, several international and European labour organizations have also sent letters to the Iranian authorities calling for the immediate release of Reza Shahabi and preventing prosecution of other workers and cultural activists.
The Syndicate of Workers of the Tehran and Suburbs Bus Company who had announced that on Wednesday, September 13, the drivers of the buses will move with lights on in support of Reza Shahabi and reduce the speed of the bus to 20 km/h, did so and their act of solidarity was welcomed by people in the streets.