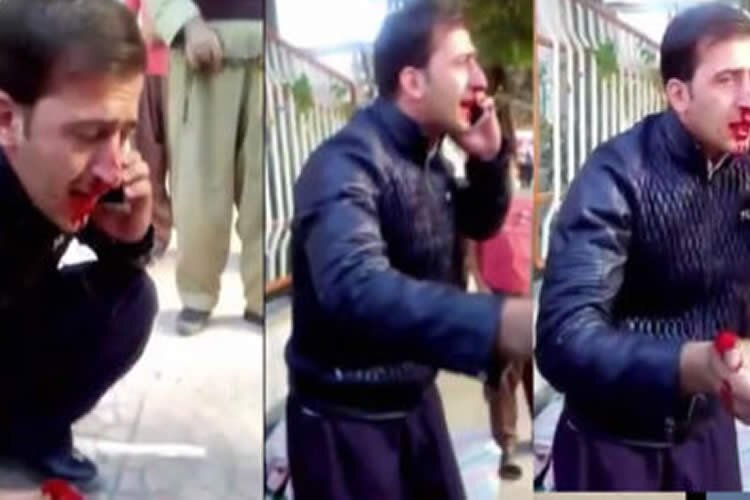 Agents of municipality attacked and injured a peddler on Thursday, October 5, 2017, in Javanroud, western Kermanshah Province.
The video of the violent attack disseminated on the internet, shows the peddler with a bleeding, broken nose.
This is not the first time that poor peddlers have been harassed by municipality agents.
In early September violent approach of agents of Tehran’s municipality led to an old peddler woman’s heart attack.
Tehran Municipality agents roughed up a defenseless woman peddling on the street on Friday, September 1, 2017. The woman subsequently suffered a heart stroke.
Unemployment and bankrupt economic conditions have left millions of people under the poverty line and forcing them into peddling to earn their living.
Another peddler was killed in cold blood On Saturday, August 12, by the municipality agents as he was beaten and his head hit the ground, a report said. He had already accepted to pack his stuff and go home when the municipality agents arrived, but he was attacked, insulted and beaten by them and his head hit the ground while he was preventing them to confiscate his car, His brother explained in a video clip shared on social media.