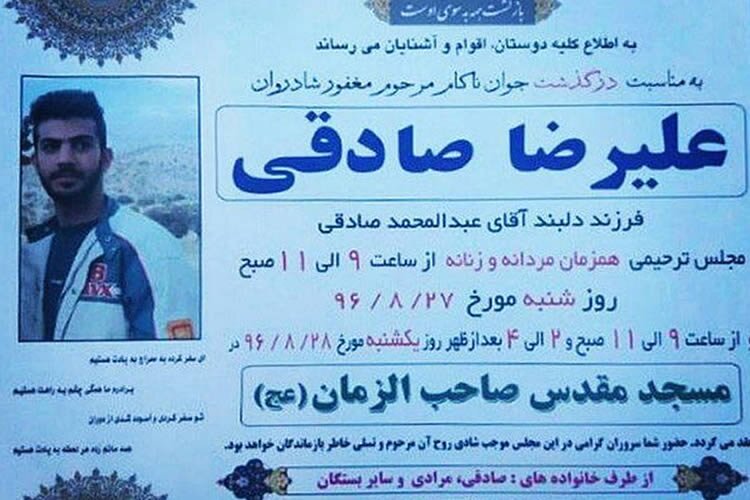 A young inmate identified as Alireza Sadeghi was hanged on November 18, 2017 in the Central Prison of Ilam, western Iran. He was found guilty of murder.
Another prisoner identified as 28-year-old Abbas.B was publicly hanged on November 13, 2017 in Babol, northern Iran. He had also been sentenced to death on murder charges.
Despite the publicity and the passage of a week, the state media has remained silent about the execution.
Absence of classification of undeliberate murders in Iran lead to capital punishment for everyone committed murder, intentional or un intentional.

Click here to view the full video of the public execution

Most Areas Lack Water and Electricity a Week After the Quake

Iran: Killing of poor porters has continued during the past few days