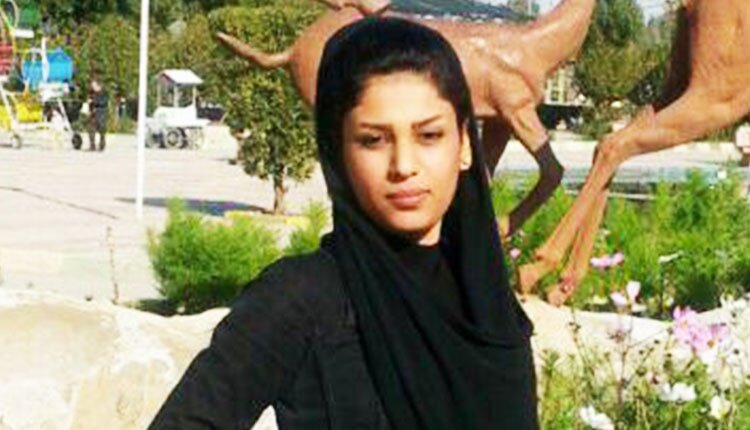 The legal and security officials of the Sepidar Prison of Ahwaz have prevented dispatch of political prisoner Ameneh Zaheri Sari to hospital.

Political prisoner Ameneh Zaheri Sari, 20 and a graduate of accounting, is incarcerated in the Sepidar Prison of Ahwaz.

She has been suffering from acute swelling of various parts of her body. The physician of the prison’s dispensary has not been able to diagnose the reason for the acute swelling and illness of Ameneh Zahersari and she must be dispatched to hospital as soon as possible for diagnosis and treatment.

Ms. Sari’s family have managed to receive a 300-million-toman bail bond from the 12th interrogation branch of the Court of Ahwaz to facilitate her transfer to hospital, but the legal and security officials in Sepidar Prison have been preventing the transfer of this political prisoner to hospital.

The family says, “Her health condition is deteriorating every day and she needs to receive emergency care and medical treatment in hospital.”

Ameneh Zaheri Sari along with her father and brother, were among hundreds of people in Khuzestan province who were arrested in November 2018.

The wave of detentions follows a deadly armed attack on a military parade in the city of Ahwaz in September, suggesting that the Iranian authorities have used the attack as an excuse to lash out against members of the Ahwazi Arab ethnic minority, including civil society and political activists, in order to crush dissent in Khuzestan province.

“The scale of arrests in recent weeks is deeply alarming. The timing suggests that the Iranian authorities are using the attack in Ahwaz as an excuse to lash out against members of the Ahwazi Arab ethnic minority, including civil society and political activists, in order to crush dissent in Khuzestan province,” said Philip Luther, Amnesty International’s Research and Advocacy Director for the Middle East and North Africa.

Those arrested include political and minority rights activists. The arrests have taken place in towns, cities and villages across Khuzestan province including Ahwaz, Hamidiyeh, Khorramshahr (known to Ahwazi Arabs as Mohammareh), and Shush.