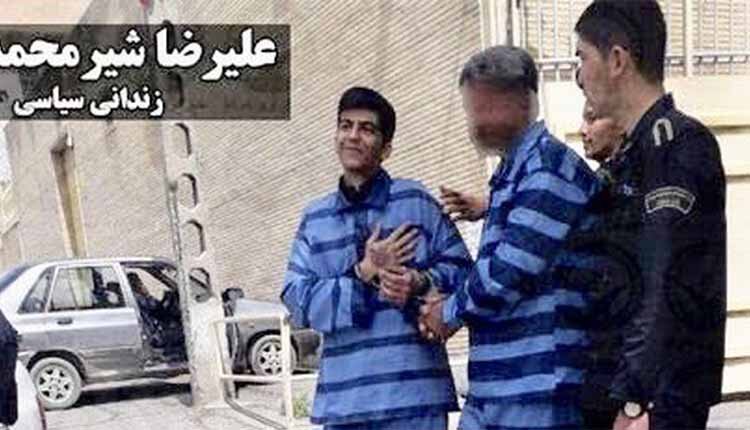 Political prisoner Alireza Shir-Mohammad-Ali, 21, was stabbed to death by two inmates in the notorious Greater Tehran’s Penitentiary on Monday, June 10, 2019.

Political prisoner Alireza Shir-Mohammad-Ali, 21, was stabbed to death by two inmates in the notorious Great Tehran’s Penitentiary on Monday, June 10, 2019.

Alireza Shir-Mohammad-Ali was from Tehran’s Naziabad district in south Tehran. He had been arrested and detained in July 2018. He had been sentenced to 8 years in prison for insulting Khomeini and Khamenei, the mullahs’ leaders, and for anti-regime propaganda.

Political prisoners Alireza Shir-Mohammad-Ali and Barzan Mohammadi had been on hunger strike since March 14, 2019 until April 16, 2019, demanding separation of prisoners of different categories. They also protested the dire living and health conditions in Great Tehran Penitentiary and lack of security in prison.

The Great Tehran Penitentiary, also known as Fashafouyeh, is located 32 kms south of the capital. The prison was initially constructed as a concentration camp for drug-related convicts. However, political prisoners and prisoners of conscience are often sent to exile in this prison. There have been numerous reports about inhuman living conditions in this prison.

Last September, Gonabadi dervishes were brutalized in this prison for holding a protest sit-in against the beating of their wives and relatives in Qarchak Prison.

Political prisoner Soheil Arabi is also detained in this prison where he has been viciously beaten up by inmates a number of times.