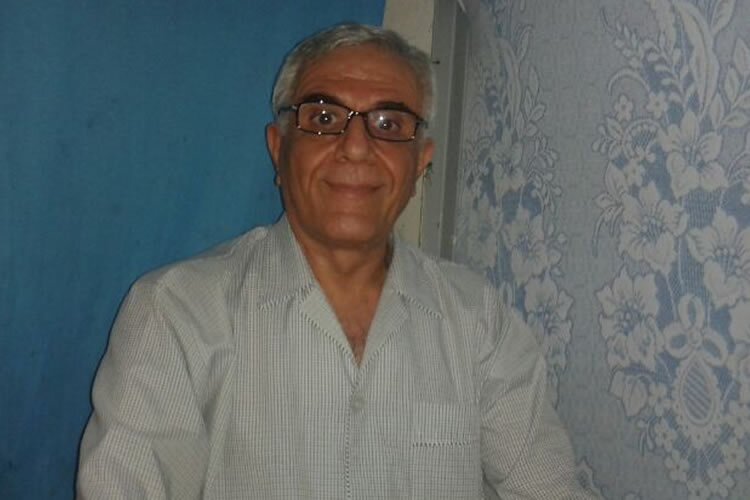 Political prisoner Arzhang Davoudi has been on a hunger strike since May 21, 2019 in Zabol Prison in Iran’s southeastern province of Sistan and Baluchestan, demanding to be returned to the political ward.

Arzhang Davoudi, 66, has been locked up held in a ward with inmates convicted of violent crimes, in violation of Iran’s regulations on separation of inmates.
He has been also deprived of visits and phone calls.

Davoudi is being held in a dark and dirty room in the prison’s quarantine section. The room he is incarcerated in has never seen the light of day since it was created and has never even been disinfected.

According to the latest news the political prisoner is currently suffering from deteriorating physical conditions.

He has announced that he will continue his hunger strike until his demands are met.

According to Iranian law, prisons are required to divide prisoners according to the nature of their convictions.

But political prisoners continue to be transferred to and held in prisons and wards with inmates convicted of violent crimes or with substance abuse issues.

Arzhang Davoudi was arrested on the street on 4 November 2003, and has since been in prison for the crimes of writing the ‘Secular Manifesto’, forming the Iranian Freedom Movement, blasphemy, and insulting the leader and government officials.

He was transferred to Zabol prison in January 201. Since then, prison authorities have kept him in the prison’s quarantine and kept him under constant, severe torture.

This is not the first time that Arzhang Davoudi goes on hunger strike to fight for his rights.

In a March 2018 letter titled “hunger strike for a bit of air and sunlight” he described the brutal conditions of his incarceration and had called on international human rights authorities to inspect Iran’s prisons.

“I am expecting Mr. Zeid Ra’ad al-Hossein, the UN High Commissioner for Human Rights and other human rights organizations, including Amnesty International, to dispatch observers to inspects these medieval era prisons,” he wrote.