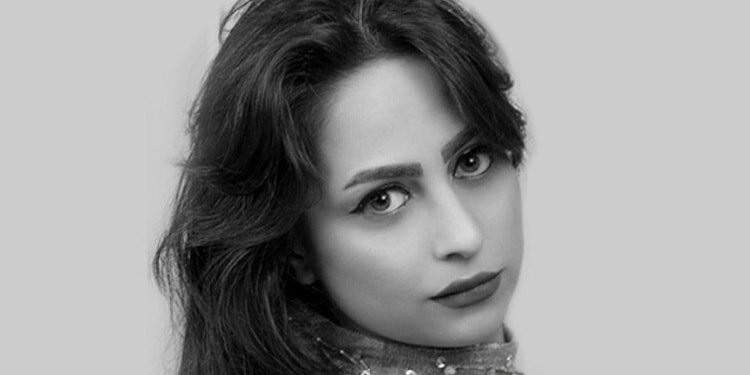 Human rights lawyer Soheila Hejab was violently taken to the notorious Qarchak Prison after an appeals court session on Sunday, May 23, 2020.

Soheila Hejab had been summoned to the Court of Appeals scheduled for May 23, 2020. The agents of the Revolutionary Guard brutalized and arrested her after attending the appeals court hearing.

Reports indicate that the agents dragged her from his hair to the asphalt and severely beaten her before taking her to Qarchak Prison in Varamin. Among the assailants was her former Revolutionary Guard interrogator who has repeatedly threatened to have her killed by dangerous criminals in prison.

The agents of the Sarallah base, which belongs to the intelligence unit of the Revolutionary Guards (IRGC) punched, and kicked Ms. Soheila Hejab in the head, face, and sides.

Her former interrogator dragged her on street by grabbing her hair to get her in car to take her to Qarchak Prison. The IRGC agents threatened her with opening criminal cases against her.

In a voice recording sent from Qarchak prison on Monday Ms. Hejab said: “…as soon as I left the court, I was arrested by the Sarollah Corps in Tehran without any legal reason and explanation. They beat me and dragged me by my hair in the street and punched and kicked me in the head, face and side.”

“They opened new case against me which has nothing to do with my confirmed case. This is my interrogator’s request. He has repeatedly threatened me to death through inmates who have been convicted of violent crimes in Qarchak Prison,” She further said.

” Tomorrow or the day after tomorrow, I will be taken to court. They will definitely take me to a Revolutionary Guard safe house for long solitary confinement and interrogation,” Ms. Hejab said.

She has pleaded for help from the media in her audio message.

Civil rights activist Soheila Hejab was violently arrested after an appeals court session on Sunday. She says the IRGC intelligence agents dragged her by pulling her hair, beat and punched her in the face before taking her to the notorious Qarchak prison. #Iran #HumanRights pic.twitter.com/JKjcY9bX4E

Human rights lawyer Soheila Hejab was first arrested in January 2018 in Shiraz on charges of “assembly, collusion and propaganda against the system”. She was rearrested on June 6, 2019 by the Revolutionary Guard Intelligence Organization and taken to Evin Prison where she said she was so badly beaten by prison guards that she had to be taken to hospital. However, they returned her to prison before any treatment.

On January 28, 2020, she was brutalized by prison guards at Evin Prison. Due to the injuries sustained, she was taken to Taleghani Hospital but returned without any medical examinations.

Ms. Hejab who comes from a Kurdish family in Kermanshah was temporarily released from Evin Prison on March 14 on a heavy bail of three billion tomans until her trial is held.

She was sentenced to 18 years in prison on March 14, by the branch 28 of Tehran’s Revolutionary Court presided by notorious judge Abolghasem Moghiseh.

She was charged with “propaganda against the state”, “assembly and collusion”, “disrupting public order to create chaos”, “forming a group to defend women’s rights”, and, “demanding a referendum and changing the constitution”.

The sentence has been exactly upheld by the appeals court in Tehran Province.

Following the November protests in Iran, Ms. Soheila Hejab sent an open letter from Evin Prison on January 13, 2020, about the brutal suppression of protesters by regime security forces.

Addressing the mullahs’ regime, she said, “The pen that does not write about injustice must be broken! The tyrannical regime must be overthrown!”