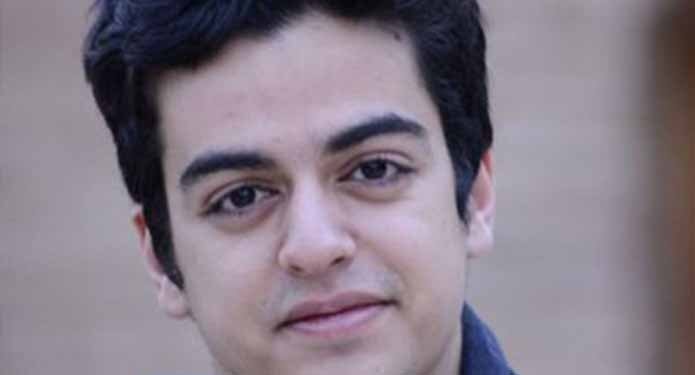 A family member of Ali Younesi, an Iranian student detained in Tehran’s Evin Prison, said that his brother has contracted coronavirus while in solitary confinement.
In his tweet on June 12, Reza Younesi ​said in a phone call from prison after more than two and a half weeks his brother told the family that he had been seriously ill with coronavirus and he couldn’t call them last week (even though he had permission to do so). He also said his brother has been transferred to a small cell at Evin Prison’s general ward after 59 days in solitary confinement.
He and seven others are being held in the cell in Ward 209 of Evin Prison, controlled by the Intelligence Ministry.
Ali Younesi has been denied access to lawyer and visit his family since his arrest on April 10.
Ali Younesi, a 20-year-old award-winning student of physics of Iran’s prestigious Sharif Industrial University, was arrested at his home after 12 plainclothes security agents assaulted and injured him.
Security agents searched his family home and took Ali Younesi’s parents away to an undisclosed location for interrogations for several hours before releasing them.
On May 5, the Judiciary Spokesman Gholam-Hossein Esmaili said Ali Younesi and and another award-winning physics student, Amir-Hossein Moradi who was also arrested on April 10, were in detention for being affiliated with the People’s Mojahedin Organization of Iran (PMOI/MEK).
Esmaili claimed that “explosive devices” were found in the homes of the university students.
In a public video response posted on social media later the same day, Ali Younesi’s sister, Aida Younesi, stated that the judiciary’s accusations were “ridiculous”.
Aida Younesi also added that security officials told them that that they had found nothing suspicious after searching Ali Younesi’s home. Moreover, in the days following Ali Younesi’s arrest, his family was told every few days he would be soon released.