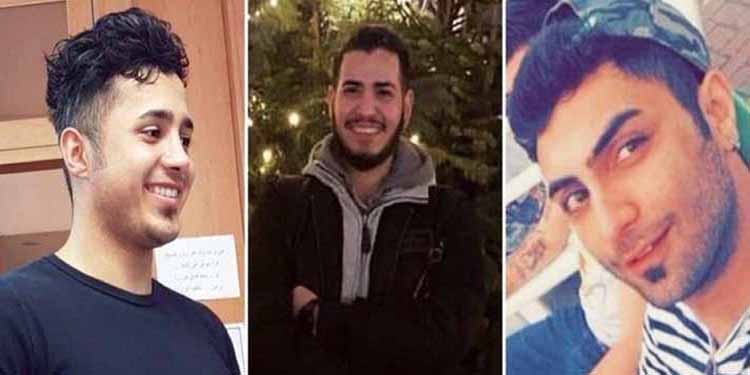 Iran’s Supreme Court has confirmed thath it has upheld death sentences against three protesters arrested in November 2019 protests, one of the defendants’ lawyers wrote in a social media post on Friday, July 10.

“Unfortunately, the death sentences issued for my clients were upheld by the Supreme Court despite our appeals. To this day we have not been allowed access to the files and the case,” Mostafa Nili tweeted.

The three men, all in their 20s, were tried and sentenced to death in February, in Branch 15 of the
Revolutionary Court in Tehran presided over by notorious judge, Abolqassem Salavati.

Salavati is known for his long history of issuing death sentences for political prisoners and other regime dissidents. In December 2019, the U.S. Treasury Department sanctioned Salavati for “censorship or other activities that prohibit, limit, or penalize the exercise of freedom of expression or assembly by citizens of Iran.

On February 18, 2020, during a weekly press conference, Iran’s judiciary spokesperson accused the three of being “riot leaders” who had “set fire to banks and petrol stations (during the protests in November 2019) and had filmed their criminal acts and sent the videos to foreign media”.

They were also sentenced to a total of 38 years in prison and 222 lashes on charges including “armed robbery”, which were related to separate incidents.

These three political prisoners have in all their court hearings protested being placed under vicious torture by regime authorities.

The trial of the three men, which took place in January 2020, was grossly unfair, according to Amnesty International.

The state security forces identified and arrested 25-year-old Moradi using CCTV footage obtained during the November 2019 protests. He was held for a week in a detention center of the Ministry of Intelligence & Security (MOIS) in Tehran before being transferred to Tehran’s notorious Evin prison for a month. Moradi was then placed under torture and other ill-treatment, including beatings, electric shock treatment and even an interrogator standing on his chest.

Moradi said he only “confessed” after regime interrogators pledged to provide medical treatment for his injuries, which they later refused. He was also tortured and coerced to appear on state-run television to make “confessions” against himself. The televised confession was used as evidence by the regime’s prosecutor to convict the three in the kangaroo court hearings.

Mohammad Rajabi, 25, and Saeed Tamjidi, 27, were arrested on December 28, 2019 and held initially in an MOIS detention center located in Tehran. They have also said they were subjected to torture and other ill-treatment, including being kicked, beaten with batons and hung upside down while repeatedly receiving heavy blows to their legs and feet.

All three political prisoners have been denied access to a lawyer during the investigation phase of their case. This, as always, raises serious questions about the due process denied to defendants, especially political prisoners, in Iran’s courts.

In an open letter to the spokesman of the regime’s judiciary, the attorneys of the three have requested permission to study and investigate the cases to defend their clients.