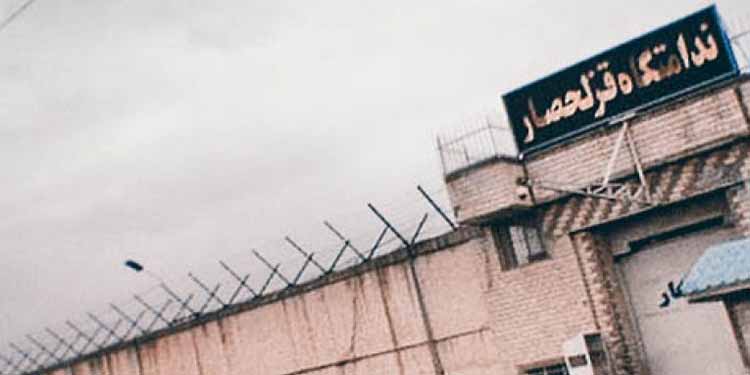 Abysmal sanitary conditions and rampant addiction in Qezel Hessar Prison in Karaj have surpassed the boundaries of disaster. Prisoners are detained under critically inhuman conditions in this prison.

The report by one of the prisoners in this jail says:

The situation is terrible. Social distancing and the hygiene protocols are not observed in this prison.

The best unit in Qezel Hessar Prison is Unit 2 which has small rooms with 9 beds in them. 12 or 13 prisoners stay in a room 3 by 5 meters.

The larger rooms are 25 square meters. There are 18 beds and between 35 and 45 inmates in each of these rooms.

There is only one type of medicine (in the clinic) which is prescribed for all patients here, regardless of their illness. And they receive this medication only if they are an emergency case.

The pill is Acetaminophen and the syrup is Theophylline.

Prison authorities have made inmates addicted to the consumption of Methadone.

Last week, they discovered some 3 kilograms of narcotic drugs worth 2 billion Tomans from one of the small rooms.

They hold the young detainees for a long time without any reasons until they gradually become addicted.

One of the prisoners has spent all his life to avert his death sentence. But he faced a new charge in 2017. The new case has been filed against him for his similarity of name and based on confessions extracted from him (under torture). His status, however, remains undetermined to date.

Every once in a while one of the inmates commits suicide. Last week, an inmate by the name of Erfan took his own life.

No one knows what the young people and all detainees go through in these hellish detention centers.

Iran Human Rights Monitor urges the UN, the High Commissioner for Human Rights, and the Special Rapporteur on Iran to take urgent action to save the lives of Iranian prisoners. It is an urgent need to form a delegation to visit the prisons and the prisoners in Iran.