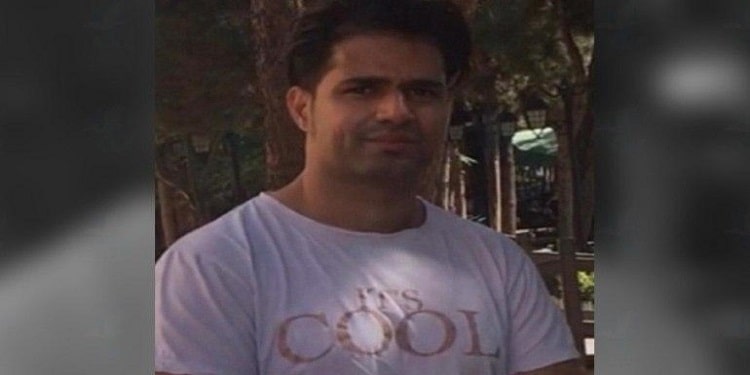 Prisoner of conscience Behnam Mahjoubi started a hunger strike today to protest being forcibly moved to a psychiatric hospital.

Behnam Mahjoubi, 33, a members of Iran’s Gonabadi Dervish religious minority was taken to Aminabad Mental Hospital (Razi) on Sunday, September 27 where doctors injected him a medicine without informing him of the treatment process.

An informed source said: “Two days ago, the officials of Evin Prison claimed that Behnam Mahjoubi was being taken to the hospital for treatment, but his family found out that they illegally took him to Aminabad Hospital, which is the place for psychiatric patients and people with serious mental disorders. A doctor in Aminabad Hospital told Behnam that the judge ordered his transfer to this hospital. Behnam announced a hunger strike after this conversation.”

Behnam Mahjoubi was among more than 300 Dervish community members arrested for involvement in protests in Tehran on February 19-20, 2018 and was later released.

In August 2019, the Branch 26 of Tehran’s Revolutionary Court sentenced him to two years behind bars on the charge of “assembly and colluding against national security by communicating with others and providing illegal gathering”. He started to serve his sentence in June 2020.

During the past months prison authorities have denied him access to the medications his family procured for him. The prison doctor recently told him to take sleeping pills instead of his own medication. As a result, he had a seizure on Saturday night. He fell down and as a result one side of his body became paralyzed.

Denying prisoners of medical treatment is a well-established tactic utilized by Iranian authorities to exert pressure especially upon political prisoners and prisoners of conscience.

While international and Iranian law require prison authorities to provide adequate medical care. Iran’s state prison organization regulations state that, if necessary, detainees must be transferred to a hospital outside the prison facility. The UN Standard Minimum Rules for the Treatment of Prisoners require authorities to transfer all those held needing specialist medical treatment to specialized institutions, including civilian hospitals.