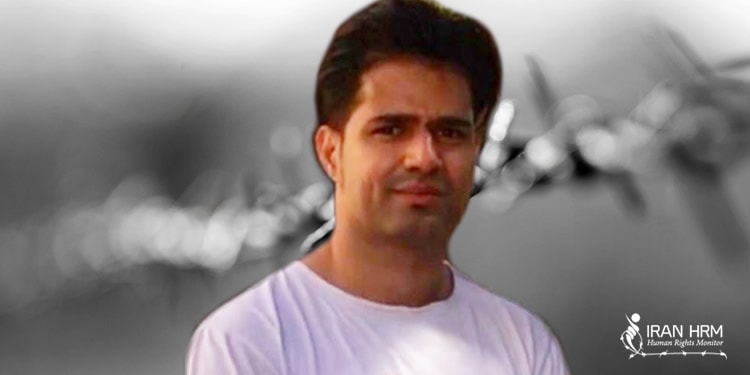 The Coroner’s Office issued a letter indicating that prisoner of conscience Behnam Mahjoubi who suffers from a panic disorder needs to be released because of his dire health condition.

Having seen the letter, the prison’s doctor gave some tablets to Behnam Mahjoubi and told him: “Wait until Monday. If you are alive, we will send you to hospital. If you die, so much the better!”

‌Despite his critical health conditions, Behnam Mahjoubi is still detained. Prison authorities have taken no measure to attend to him.

A reliable source in Evin Prison told Iran Human Rights Monitor: “Behnam Mahjoubi is not well, at all, and everyone is worried about him. They were supposed to send him to hospital yesterday, Monday, October 27, so that he would be treated. But they have not taken any action up to this moment.”

Behnam Mahjoubi is serving his two-year prison sentence in Evin Prison. According to the Coroner’s Office, continued detention would put his life at risk. So, he should not stay in prison.

Behnam Mahjoubi felt very sick on September 27, 2020. Prison authorities forcibly sent him to Aminabad Psychiatric Hospital where he was seriously tortured, both physically and psychologically.

An informed source said: “They gave four injections to Behnam at Aminabad Razi Psychiatric Hospital. They also gave him some medicines but we don’t know what they were. According to what Behnam said, he went unconscious after the injections. He was held in Aminabad mental hospital for six days and five nights. After he returned to the prison, he started gradually losing his physical feelings. He could not get up from his bed and the left side of his body became completely numb. Finally, he was taken to the Coroner’s Office.”

The source went on: “Two weeks ago, the Coroner’s Office confirmed Behnam’s illness and that he could no longer stay in detention. The doctor wrote a letter which Behnam gave to the soldier who accompanied him. The soldier gave the letter to Evin’s dispensary and it was sent on the same day to the Directorate for the Implementation of Verdicts.”

The Directorate for the Implementation of Verdicts and authorities of Evin Prison have not taken any action on to release this prisoner, so far.

The source said: “Behnam got really sick on September 24, 2020. His condition was so bad that he went to the clinic three times. The prison’s doctor did not examine him the first and the second times. But the third time, he was so sick that the prison guards officer came in and took him to the clinic. The doctor injected a serum and gave him 24 tablets. He told Behnam: ‘Take these and then you will be sent to hospital.’ Since the tablets had previously had adverse effect on his nervous system, paralyzing him, Behnam refused to take the tablets. But the doctor said: ‘Now that you don’t take your tablets, go back to your room. If you stay alive until Monday, we’ll send you to hospital, and if you don’t, so much the better!”

On more recent conditions of prisoner of conscience Behnam Mahjoubi, the source said: “Since he has returned from the Coroner’s Office, he is in real pain. He is losing his memory. For example, he says: ‘Why my brother does not come to visit me?’ while he has no brother. He also forgets his phone numbers. He wakes up several times during the night and says: ‘Did anyone call me? Someone called me.’ This is while everyone was asleep.”

Friends of Behnam Mahjoubi say: “We don’t know what they want from Behnam. Although the Coroner’s Office has confirmed (his illness), they do not let him go. They don’t take him to the clinic, either. They do not let him go through the stages of his treatment. We think someone is behind this case and is preventing his release.”

The first day, Behnam Mahjoubi reported in to serve his sentence, he presented a letter by his doctor to the assistant prosecutor overseeing political prisoners, Amin Vaziri. He said he was ill and was under treatment. But Amin Vaziri sent him to jail and said they would send him to the Coroner’s Office.

In the first month, his friends brought him his special medicines. In the second month, prison authorities began their harassment of Behnam. They did not allow his family and friends bring in his medicines.

Behnam Mahjoubi protested this situation and went on five days of hunger strike which compelled prison authorities to allow him to receive his medicines.

In another instance, prisoner of conscience Behnam Mahjoubi went on hunger strike for 10 days to protest prison conditions and lend support to political prisoners incarcerated during the pandemic. This is when the authorities stepped up their harassment of this prisoner. They did not let him send out any voice and blocked his medicines from getting to him.

Behnam Mahjoubi was among more than 300 Dervish community members arrested for involvement in anti-government protests in Tehran, February 19-20, 2018. Mahjoubi was released on bail later that year while also being sentenced to two years in prison on the charge of “assembly and collusion against national security.” He began serving the sentence at Evin in June.