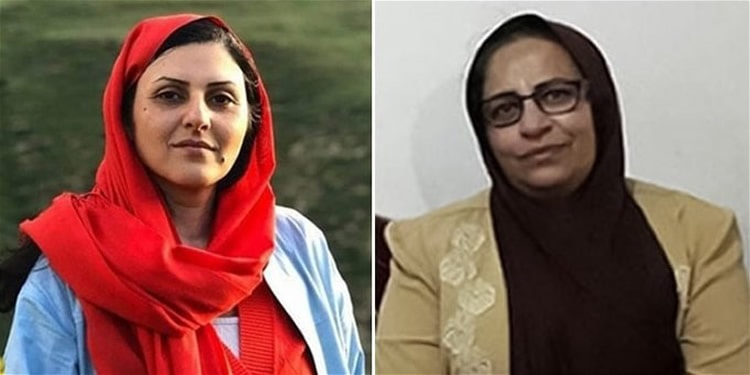 Once again, a woman hired and provoked by the head of Qarchak Prison in Varamin, assailed female political prisoners, Golrokh Ebrahimi Iraee and Zahra Safaei.

The woman is an ordinary inmate hired by Mehdi Mohammadi, the head of Qarchak Prison, to attack and kill resistant political prisoners.

She attacked Golrokh Ebrahimi Iraee and Zahra Safaei on Monday night, November 2. While movement of prisoners among wards is restricted in Qarchak Prison, the woman managed to enter their ward.  She started swearing at them and subsequently attacked and threatened to kill them.

All indications are that the attack was pre-planned.

Other inmates had to intervene to separate the assailant from Golrokh Ebrahimi Iraee and Zahra Safaei.

Ms. Safaei had just recently suffered a heart stroke on October 27, 2020, after prison authorities carried out a plan to harass and intimidate her and other political prisoners in her room.

The deputy warden of Qarchak, a woman by the name of Mirzaii, and the head of the prison’s workshop, Asgari, circulated among common criminals, collecting 13 signatures for a letter against political prisoners.

The letter indicated that political prisoners, particularly Zahra Safaei, went to the workshop and spoke about political matters against the state.

Based on this letter, Mehdi Mohammadi prevented Zahra Safaei and other political prisoners from going to the workshop and closed the door on them.

The authorities of Evin Prison have recently sent political prisoners and prisoners of conscience detained in the women’s ward of Evin to ordinary prisons in various cities, including Qarchak Prison, Kachouii Prison, the Prison of Quchan, and etc.

Iran HRM is concerned about the lives of female political prisoners in Iran and calls on international human rights organizations to compel the Iranian regime to release them, at least temporarily during the pandemic.