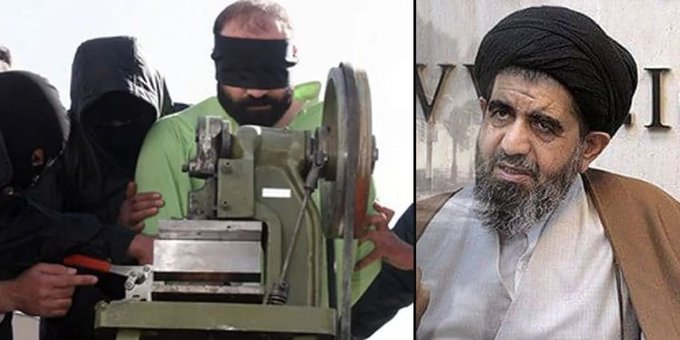 A senior Iranian MP has called for implementation of hand amputation punishment for ‘petty thieves’, while referring to surge in robberies due to inflation and Iran’s high employment rate.

“Unfortunately, nowadays we are witnessing an increase in robberies and petty thefts are on the rise because of the severe inflation in the country and the increase in unemployment,” Seyyed Nasser Mousavi Laregani said in Parliament on Tuesday, January 5.

While calling for a “decisive confrontation with thieves”, The member of the Parliament’s Board of Directors claimed that “global arrogance”, a term the regime uses to refer to the US, has put Iran under the magnifying glass, questioned the “implementation of Islamic decrees” and “created limitations for judiciary officials” to issue amputation sentences.

“However, hand amputation punishment sentences have to be implemented for thieves to prevent these criminals from thuggery,” Laregani added.

“Lack of decisive action against thieves is another reason for the increase of this crime in the society. In fact, thieves are arrested but necessary action is not taken against these criminals,” Laregani stressed.

The former IRGC member is calling for the amputation of petty thieves’ hands while Iranian officials are involved in huge known embezzlement and corruption cases.

In the meantime, sixty million Iranians live under the line of poverty due to the regime’s mismanagement and corruption.

Speaking to the state-run Tabnak website, Ebrahim Razaghi, an Iranian economist said on September 20, 2020, “the most important threat to Iran was extreme poverty, widespread unemployment, the inability of many people to pay their rent, and that the rich were getting richer.”

Iran’s judiciary have used corporal punishment including amputation and flogging in many cases in recent years.

Regime officials have always defended implementation of such cruel vardicts under the pretext of carrying out ‘divine punishments’.

In January 2019, the regime’s Prosecutor-General, Mohammad Jafar Montazeri expressed regret that a number of “divine punishments” are set aside to save Iran from being condemned by international bodies.
Montazeri has also admitted that, under backbreaking economic pressures, many ‘faithful’ and ‘God-fearing poverty-stricken’ people might also be forced to commit theft.

In 2020, the Greater Tehran Intelligence Police Chief said crimes had increased due to Iran’s economic problems and that over 50% of people arrested for theft in the past three months were “first-time offenders”.