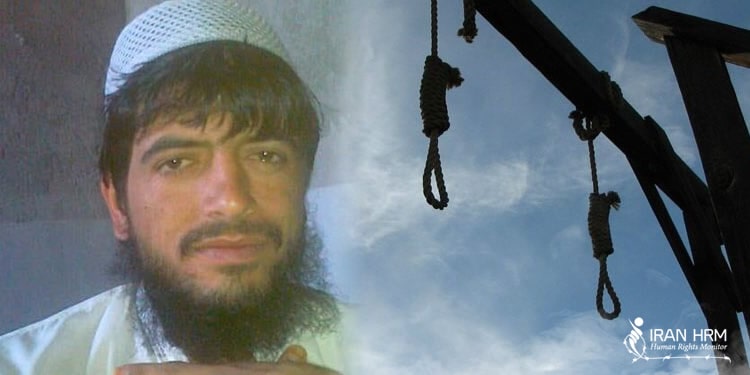 In a voice recording emerged from inside Iran a Baluch political prisoner who was recently executed said that he was tortured to make confessions.

Baluch prisoner Hassan Dehvari, 28, was executed along with 21-year-old Elias Qalandarzehi, and Omid Mahmoudzehi on January 3, 2021, in the city of Zahedan, Sistan and Baluchestan province, southeast Iran.

According to Mohammadreza Faqihi, lawyer to Hassan and Elias, he had requested an appeal to the Supreme Court and the case was pending review.

The state-run media reported their deaths as “the execution of terrorist bombers and an armed insurgent”.
The Sistan and Baluchestan Judiciary charged Dehvari and Qalandarzehi with “armed measures against the police and collaboration with an armed dissident group”.

In the audio recording Hassan Dehvari said: “Judge Marzieh admited in front of us that ‘I know where you were arrested and I am absolutely sure that you are innocent. But until Elias’s cousin and uncle, who are political activists, turn themselves in, you are our hostage and if they don’t do so, we will execute you instead.”

Baluch prisoner Hassan Dehvari described being subjected to various forms of physical and psychological torture to give forced confessions including, sexual violence, beatings, floggings, electric shocks to his head, forcible extraction of his nails, and threats to rape his wife in front of camera.

“When they they provided a family visit, they told us that if you do not accept the accusations in front of your families, we will arrest them again and bring them to you. We will keep them in cells and torture them. We were again forced to make dictated confessions that had been read to us before, of which we had no idea at all how they would be made,” Dehvari explained.

“After seven months, we were transferred to Zahedan Central Prison. During our one year and four months in prison, we were twice taken to the Branch 6 of the Revolutionary Court headed by Judge Shah Mohammadi, Branch 6 of the Revolutionary Court. During these two sessions, we were asked only a few questions. Both times we said that we were innocent, and as I described above, we were forced to accept the charges. Mr. Shah Mohammadi, like the intelligence agents, wrote again that we had accepted all the accusations, while we had not,” Dehvari continued.

He also said about his trial in court: “On December 3, 2016, we were taken to the last court before Judge Mohammad Marzieh, Branch 2 of the General Criminal Court. We did not accept the charges and said that we were forced to make confessions under severe physical and psychological torture. But the judge did not pay attention to what we said! Even when we said that we were nistreated in the Ministry of Intelligence, he laughed and said you deserved it.”

They were flogged and electrocuted with an iron cap on their heads. Their fingernails and toenails were also pulled out while their wives were detained and threatened with rape in front of a camera among other forms of torture.

The regime systematically tortures prisoners for coerced confessions. In a September 2 report, Amnesty International shed light on the widespread use of torture including beatings, floggings, electric shocks, stress positions, mock executions, waterboarding, sexual violence, forced administration of chemical substances, and deprivation of medical care against protesters detained during the last round of protests in November 2019.