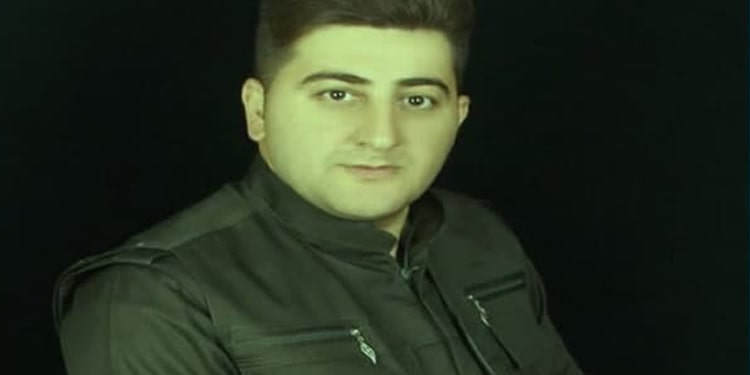 A prisoner died from injuries he sustained after being beaten into a coma by intelligence police in western Iran.

Bahman Oghabi, 35, who had recently fallen into a coma as a result of the beating and torture of Kermanshah Intelligence Officers, succumbed to his injuries on January 15, 2021, at Khomeini Hospital in the city.

Bahman Oghabi was brutally beaten until he passed out in an Islamabad police station on January 3 and was in intensive care.

The intelligence agents told the Oghabi family that their son went into a coma and died from an overdose of tramadol. His family said Oghabi did not even smoke let alone take any drugs.

“Their child is in a coma after taking tramadol pills,” intelligence officials told an eagle family. But Mr. Bahmi’s family has stated that he did not even smoke.

Oghabi’s father has filed a complaint against the police but no measures were carried out and the police were not investigated. Kermanshah prosecutor has only requested to see Bahman Oghabi’s medical case.

The young man was arrested on December 31, 2020, for murder charges. He was brutally tortured three days after his arrest.