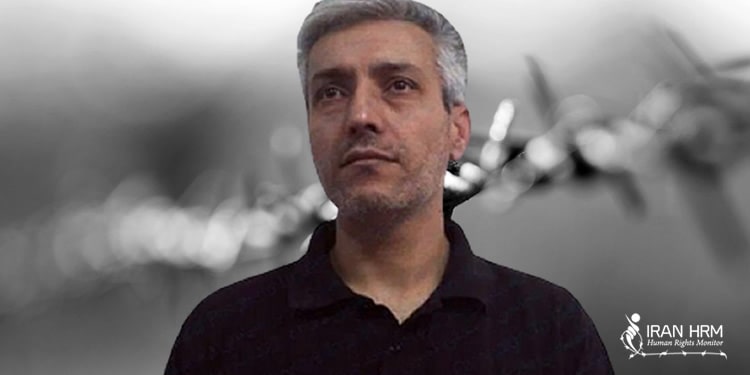 Another 11 months of imprisonment has been handed down for political prisoner Saeed Sangar who has already finished serving his 20-year sentence.

After various stages of fabricating a new case against political prisoner Saeed Sangar, another 11 months of imprisonment was handed down to him on Wednesday, January 20, 2021. He has already served over 20 years in various prisons in Iran.

He completed serving his sentence two years ago, but the Ministry of Intelligence and the Revolutionary Guard Corps prevented his release by stone-walling. He was summoned to court without warranted evidence.

Political prisoner Saeed Sangar was born in Piranshahr, W. Azerbaijan Province in northwestern Iran, on May 2, 1973.

Saeed Sangar was arrested in September 2000.

On November 18, 2000, he was sentenced to death on the charge of “Moharebeh” (waging war on God) through membership in the People’s Mojahedin Organization of Iran (PMOI/MEK).

He was subsequently taken from the detention center of the Intelligence Department of Sanandaj to the detention center of the Intelligence Ministry at Ward 209 of Evin Prison in Tehran. He was detained in solitary confinement until 2003. In December that year, his death sentence was commuted to life imprisonment and he was sent to the Central Prison of Urmia.

On December 23, 2016, Branch 4 of the Unit for Implementation of Verdicts in Sanandaj commuted his sentence to 18 years.

Political prisoner Saeed Sangar has served two years more than his sentence, but the Ministry of Intelligence has prevented his release.