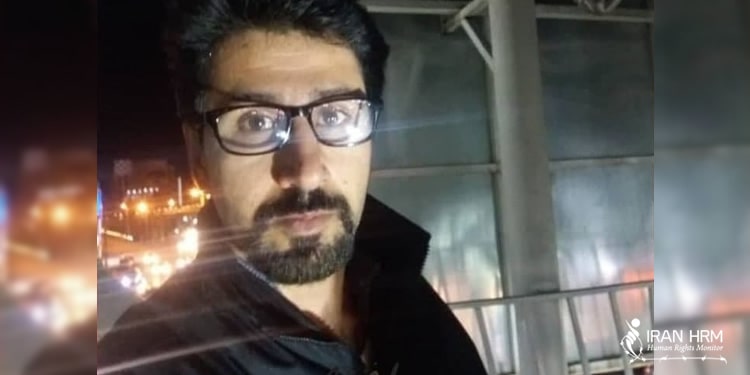 Political prisoner Akbar Bagheri is detained in the Great Tehran Penitentiary (GTP). He is in dire health condition and needs to be treated at a civic hospital, but the GTP warden, Asghar Fat’hi, has prevented his hospitalization. The life and health of this prisoner is in danger.

Akbar Bagheri has a gastrointestinal illness and his physical condition is deteriorating in detention. The prison’s doctor says he must be treated at a civic hospital and operated on. He has a hemorrhoid and serious anemia. He also suffers from kidney and liver complications. He is very weak. He suffers from muscular pain and insomnia.

After two years of pain and suffering, and foot-dragging on the part of prison authorities, Akbari Bagheri was supposed to be hospitalized on Monday, January 25, 2021 to undergo a surgical operation at his own expense.

The family of this political prisoner had a tough time collecting the money to pay for his surgery expenses.

Back in August, the GTP warden and head of the clinic told Mr. Bagheri that he would be operated on August 22, but they did not send him to hospital, saying that the GTP does not accept to pay for his treatment and surgery. Subsequently, his family collected enough money to pay for hospital expenses, but the GTP authorities prevented him from going to the hospital.

Akbar Bagheri was arrested on February 21, 2018 in the protest gathering of defrauded investors outside the parliament in Tehran. Security forces arrested him and confiscated his mobile phone as evidence of crime.

After four months, he was sentenced to 9 years in prison for “assembly and collusion” and “propaganda against the state.” The Revision Court set a bail of 250 million Tomans for his temporary release. After three weeks when his family provided the bail, the judge presiding his case stopped his release.

On May 15, 2019, he was relocated without prior notice from Evin to Ward 2 of the Great Tehran Penitentiary.

Akbar Bagheri has a six-year-old daughter and an elderly mother whom he supports. His family lives in Kermanshah and cannot visit him due to long distance.

Akbar Bagheri had also been arrested in May 2017 when security forces raided his home. They confiscated his personal belongings and documents. After 20 days, he was released upon his family’s persistent inquiries.