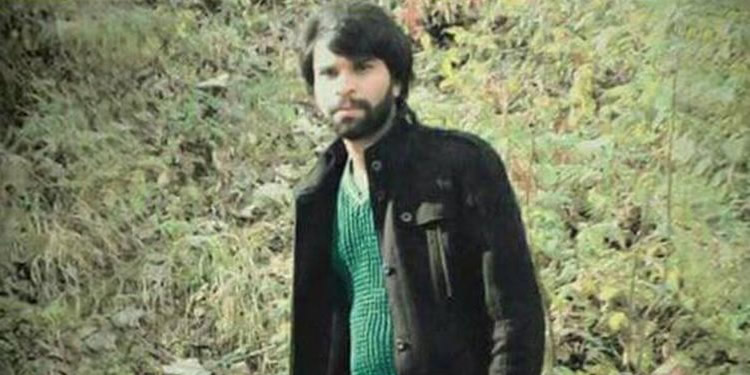 Iranian authorities on Saturday hanged Javid Dehghan, a member of Iran’s Baluchi ethnic minority, despite a plea by the United Nations to halt his execution.

It described the Baluchi political prisoner as a leader of a Sunni militant group known as Jaish al-Adl (Army of Justice).

Javid Dehghan was arrested in May 2015 and sentenced to death for “enmity against God” (moharebeh) in May 2017 for his alleged membership in the armed group.

Javid was held in solitary confinement for a long time following his arrest, and was severely tortured to make forced confession, including through being lashed with cables and having his fingernails pulled out.

Javid Dehghan’s case was said to be under the control of the IRGC and the regimes’ court rejected his lawyer’s request for an appeal on the advice of the IRGC who has called for his speedy execution.

The United Nations had implored Iran to halt Dehghan’s “imminent” execution and “to review his and other death penalty cases in line with human rights law,” the Office of the UN High Commissioner for Human Rights (OHCHR) tweeted on January 29.

“We strongly condemn the series of executions — at least 28 — since mid-December, including of people from minority groups,” it added.

The UN said Dehghan had been sentenced to death in 2017 for “taking up arms to take lives or property and to create fear.”

Amnesty International said on January 28 that in convicting and sentencing Javid Dehghan to death, the court
relied on torture-tainted “confessions” and ignored the serious due process abuses committed by Revolutionary Guards
agents and prosecution authorities during the investigation process.

“Amnesty International urges the Iranian authorities not to compound the shocking catalogue of human rights violations already committed against Javid Dehghan by carrying out his execution,” the rights group had said before he was put to death.

According to Baluchi activists, the regime has executed at least 16 members of the Baluch minority in the past two months.

Iran Human Rights Monitor once again calls on the UN High Commissioner for Human Rights, the UN Human Rights Council and other institutions defending human rights to take urgent action to save the lives of Iranian prisoners on death row. The Iranian regime’s dossier of human rights violations must be referred to the UN Security Council. The leaders and officials of the clerical regime in Iran must face justice for four decades of committing crimes against humanity.