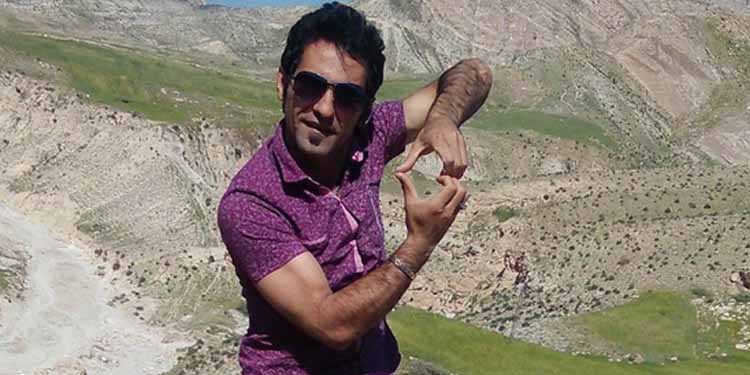 A man awaiting finger amputation in a northwestern Iran prison has been sentenced to additional four years in prison and 80 lashes on the charge of “insulting the warden of Urmia Central Prison” and “disrupting prison order”.

The Urmia Criminal Court has sentenced Hadi Rostami to prison and lashes without holding a court hearing.

According to the verdict issued by Branch 1 of the Urmia Criminal Court, Rostami was sentenced to four years in prison and 80 lashes on charges of “insulting the warden of Urmia Central Prison” and “disrupting prison order.”

The Kurdistan Human Rights Network reported on March 23 that the prisoner has been recently summoned to the Implementation Unit of Bukan Prison and given a final sentence of four years in prison and 80 lashes for disturbing the order of Urmia Central Prison and insulting Sohrabi, the prison’s warden. According to the report the sentence was issued while the prisoner has not yet been arraigned of the charges.

Hadi Rostami is still at risk of having four fingers amputated.

The 33-year-old prisoner was lashed 60 times for “disrupting prison order” on February 14, 2021, at Urmia prison in Iran’s West Azerbaijan province.
He had been sentenced to eight months of prison and 60 lashes in November 2020 for “disrupting prison order”, which could be referring to his several suicide attempts and hunger strikes in prison. The flogging was carried out even though Rostami was in poor physical condition due to his suicide attempts that time.

Diana Eltahawy, Middle East Deputy Director at Amnesty International, said on February 17: “The cruel lashing of an ailing, suicidal prisoner is another reminder of the inhumanity of Iran’s criminal justice system, which legalises torture and other ill-treatment.

Rostami tried to commit suicide twice. His last suicide attempt was on January 18 when he swallowed pieces of broken glass. Before this in June 2020, after the amputation sentence was announced for implementation to the prison, Rostami attempted suicide by consuming poison and was transferred to the hospital.

Hadi Rostami went on hunger strike twice in June 2018 for being kept in a state of limbo for one year.

He was transferred to Bukan Prison on February 18, 2021 for unknown reasons.

Hadi Rostami was convicted of robbery in November 2019 based on “confessions” he made under torture.

The 13th Branch of the Supreme Court confirmed the sentence for Hadi Rostami and two others identified as Mehdi Shahivand and Mehdi Sharifian. They were arrested by the Urmia Intelligence Department in 2015 and after four years in prison, were sentenced by the 1st Branch of the Special Children and Youth Criminal Court to finger amputation for four counts of theft.

The three men were sentenced according to article 278 of the Islamic Penal Code which calls for “amputation of the full length of four fingers of the right hand of the thief in such a manner that the thumb and palm of the hand remain.”

Hadi Rostami said in court that he was tortured to accept a theft he did not carry out in Bandar-e Anzali, northern Iran. He also said that he accepted theft charges in Ardebil in northwestern Iran because he was afraid of telling the truth.

In recent months, prison, intelligence and prosecution officials in Urmia prison blamed Rostami for media attention on the cases of them men, threatening that his amputation sentence would be carried out imminently.