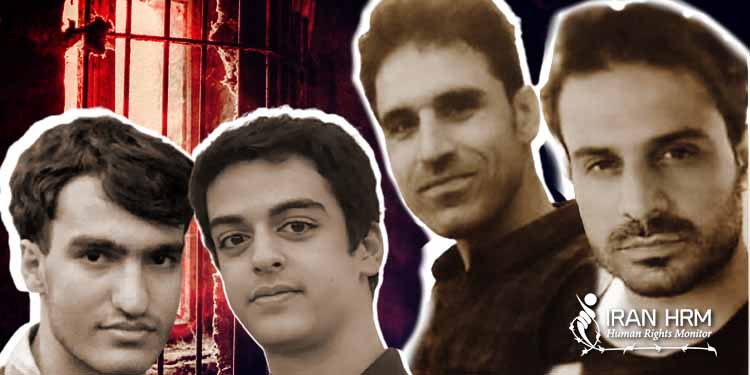 Inhumane treatment and torture of political prisoners to put them under profound psychological pressure is a common practice in Iran’s prisons to extract forced confessions from prisoners against their will.

Torture and other inhuman treatment of prisoners cause irreversible psychological and physical harms to their health.

Prolonged interrogations, intimidation, sexual harassment, beatings of detainees during interrogation, long-term solitary confinement, and deprivation of access to medical care are some of the tactics the regime’s interrogators deploy to make their victims confess to what they have not done.

These tactics flagrantly violate international standards of due process. They even contravene the letter of the Iranian laws and regulations which ban such practices.

In many cases, prisoners are convicted and sentenced to long prison terms and even death, based on confessions extracted under torture.

Prisoners who refuse to make confessions are doubly tortured by being transferred to overcrowded wards next to dangerous prisoners or by denial of access to medical care.

The real dimensions of the pressure and torture of detainees by the IRGC and the Ministry of Intelligence have not yet been revealed.

In the past and present, the Iranian judiciary has explicitly recognized issuing sentences based on “confessions under torture”, as a legal procedure and officials of the country’s various intelligence. Security agencies have never been concerned about the consequences of such procedures.

Iranian state television in recent years has broadcast the suspected forced confessions in Iran of at least 355 people over the last decade as a means to both suppress dissent and frighten activists in the Islamic Republic on behalf of security services, according to a study published in June 2020 by Justice for Iran (JFI) and the International Federation for Human Rights.

Nine months after the execution of 27-year-old wrestler Navid Afkari, concerns have been raised about the condition of his brothers, Vahid and Habib Afkari, who were detained during the 2018 protests in the southwestern city of Shiraz. They have been held in prolonged solitary confinement in Adelabad Prison where they have been tortured and threatened with execution.

The torture and other intimidation tactics imposed on the brothers to force them into ‘confess’ have been so intense that Vahid Afkari has reportedly attempted suicide twice.

Most recently it was revealed that two senior officials speaking on behalf of Judiciary Chief Ebrahim Raisi offered the Afkari brothers freedom after serving one year in prison if they admitted to committing murder, or face execution.

Vahid and Habib Afkari’s family members have stated that the brothers were subjected to various forms of psychological torture while being severely restricted from having contact with their relatives during visitations. Prison authorities have also denied the family’s requests for information about the brothers’ health.

Meanwhile, the authorities have refused to give the brothers’ lawyers access to their case files, increasing pressure on the brothers to obtain forced confessions.

Spending about nine months in solitary confinement, denial of medical access, severe restrictions on family visits, and continued pressure on Afkari brothers with death threats by judicial authorities, are clear examples of torture.

More than a year after Iran’s Intelligence Ministry agents arrested and tortured university students Ali Younesi and Amirhossein Moradi, they are still held in Ward 209 of Evin Prison in Tehran, controlled by the ministry, while being denied access to lawyers and their relatives.

A former cellmate of Ali Younesi revealed in April that the interrogators severely pressured and tortured Younesi to force him to confess.

Mojtaba Hosseini who spent nine month with Younesi said in April, “Physically he was not well at all and when he told me about all the psychological and physical torture, I realized what the young man had gone through during 100 days of detention.”

Hosseini, who had been arrested by Intelligence Ministry agents for posting humorous tweets criticizing the government, said he saw one of Ali’s eyes was badly swollen, for which the prison physician had prescribed antibiotics.

During his initial detention, Younesi was held in solitary confinement in a small cell for 60 days with a single ceiling light always on, Hosseini said.

Mostafa Nili, the lawyer of the two students who has been banned from seeing them said in an interview with the state-run Emtedad news website, “Keeping suspects in solitary confinement or in security wards is by itself a violation of their rights and in some cases could be considered torture.”

“In addition, my clients have not even been allowed to freely contact their families and as their lawyers, we haven’t been able to have face-to-face visits or phone conversations,” he added.

The Sharif University of Technology honor students were due to go on trial on trumped-up national security charges on April 11, 2021, but the session was canceled for unknown reasons.

Ministry of Intelligence agents are torturing Iranian Kurdish woman Zeynab Jalalian by deliberately denying her health care to coerce her into providing a videotaped “confession”.

The ministry of intelligence is conditioning access to adequate health care, transfer to a prison closer to her family home in West Azerbaijan province and an end of reprisals against Zeynab Jalalian and her family on her ”confessing” to wrongdoing and expressing remorse for her past political activities on camera and agreeing to work with the ministry of intelligence. Zeynab Jalalian has been intentionally denied transfer to outside facilities for medical treatment unavailable in prison for over six years. Only once in 2020, she was briefly provided health care outside of prison in June after testing positive for COVID-19.

Jalalian now serving her 14th year in prison for life in the Central Prison of Yazd, is suffering from short breath and heavy coughs after contracting the Covid-19 in Qarchak Prison. Her asthma condition has further deteriorated her condition.