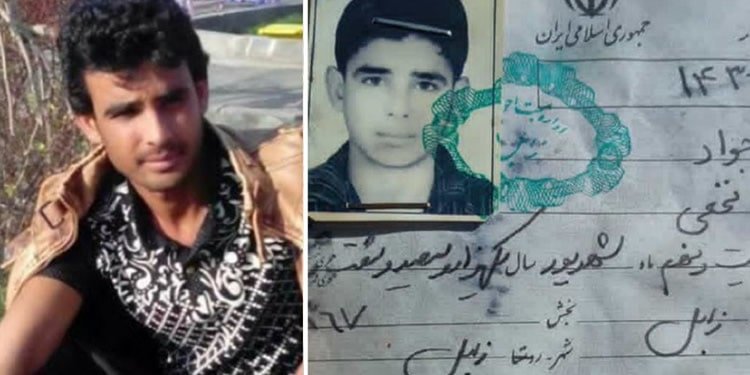 Six prisoners from Iran’s Baluchi ethnic minority were executed on drug charges in Birjand Prison at dawn on Tuesday.

According to Rasanak, a regional human rights news agency, one of the men is identified as Javad Nakhaei, while the names of the other five are not yet known.

All the six men had previously been sentenced to death on drug-related charges.

The execution of these prisoners has not been announced by the Iranian media or official sources.

The recent increase in the execution of prisoners from the Baluch minority and prisoners convicted with drug charges is alarming.

Earlier, at dawn on May 19, 2021, two other Baluch citizens, Younes Tutazehi and Abdullah Tutazehi, were executed in the same prison on similar charges.

Mehran Narui who was also from Iran’s Baluchi ethnic minority was denied access to a lawyer during his pre-trial detention and trial.
Another Baluchi prisoner, Anvar Narui, who was sentenced to death in the same case, was executed on 28 January 2021.

A woman was hanged on May 23, 2021, in the Central Prison of Yazd. This is the 117th woman executed during Hassan Rouhani’s tenure as the regime’s president. At least 15 women have been executed every year in Iran over the past eight years.

The woman was identified as Kobra Fatemi, 41, who had been in jail since 2015 on the charge of her husband’s murder. The family of the victim had agreed to receive the blood money and save her from execution. But the victim’s uncle, a member of the Revolutionary Guard Corps (IRGC), did not accept this and asked for the death verdict to be carried out.

At least 130 prisoners have been executed since January 2021.

Iranian authorities executed Mehran Narui on May 17, 2021, in Dastgerd Prison of Isfahan.

More than 4300 people have been executed in Iran during Rouhani’s tenure. As of now, they include 117 women.

The actual number of executions and particularly the execution of women, is much higher. The clerical regime carries out most executions in secret and out of the public eye. No witnesses are present at the time of execution but those who carry them out.

Call to prevent the execution of political prisoner Mehran Gharebaghi