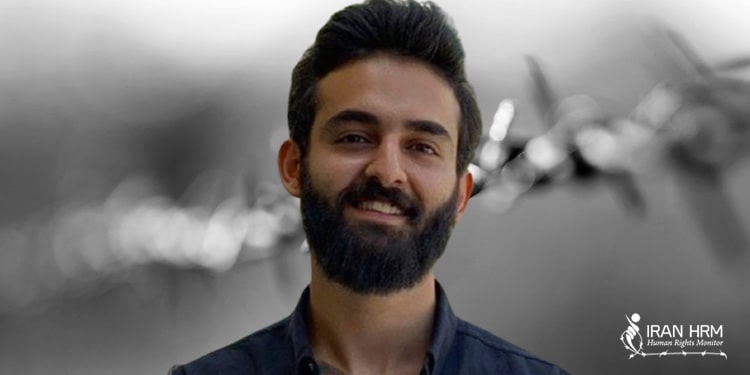 Saeed Eghbali, a civil activist imprisoned in Rajai Shahr Prison in Karaj, lost part of his hearing due to an advanced ear infection which was left untreated in prison.

Saeed Eghbali was transferred to Amir Alam Hospital in Tehran on Saturday, June 19, and was returned to prison after being examined by a doctor and prescribed medication.

The authorities have deliberately denied him medical care, putting him at risk of suffering permanent damage to his health.

According to the specialist doctor, due to a severe middle ear infection which has been left untreated for eight months, the hearing loss that was more than 70% is no longer reversible.

The specialist doctor also said that if the infection is not controlled with medicine for the next two months, he will need surgery to prevent it from spreading.

The activist has been serving a 5-year sentence in prison since June 2020.

According to Article 520 of Iran’s Criminal Code, prisoners suffering from acute illnesses are eligible for five days of leave if approved by the prosecutor. Article 522 states that prisoners who require medical treatment outside the prison for non-urgent issues are eligible for release for a period of time determined by a criminal court judge.

According to the UN’s Standard Minimum Rules for the Treatment of Prisoners, which all UN Member States are expected to abide by, “…Sick prisoners who require specialist treatment shall be transferred to specialized institutions or to civil hospitals.”

Iran’s authorities however pressure the prisoners of conscience and other political prisoners by denying them adequate medical care, putting them at grave risk of irreversible damage to their health and even death.

Saeed Eghbali was first arrested by intelligence agents at his home in Kermanshah on February 1, 2018 and transferred to the Ministry of Intelligence Detention Center, Ward 209 of Evin Prison. He was later released on bail from prison on April 1, 2018.

Saeed Eghbali was sentenced to five years in prison by Branch 28 of the Revolutionary Court of Tehran, headed by Judge Mohammad Moghiseh, in September 2019, on charges of “assembly and colusion against national security” and to one year in prison on charges of “propaganda activities against the state.”

This verdict was upheld by Branch 36 of the Tehran Court of Appeals.

According to Article 134 of the Islamic Penal Code, which allows defendants to serve only the longest sentence in cases involving multiple convictions, Eghbali has to serve five years behind bars. He was arrested on May 31, 2020, to start serving his sentence.