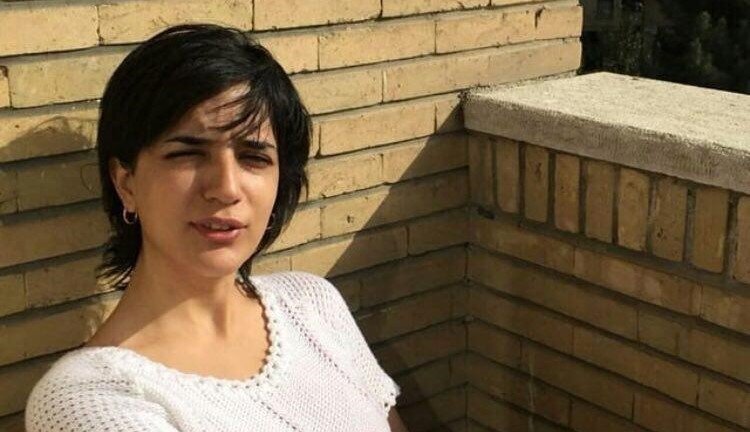 After 11 days of being held incommunicado, she called home on December 18, 2021, informing her family that she has been taken to Evin Prison’s Intelligence Ministry Ward 209.

Having no news on her, Leila’s elderly father, 85, had inquired about her from the Revolutionary Court of Shiraz interrogator earlier that day. The interrogator, Seyyed Mohammad Khosravani, told him that Leila had been sent to Tehran’s Evin Prison last week.

Security forces arrested Leila Hosseinzadeh and nine friends at gunpoint in Shiraz and confiscated their mobiles and identity papers.

Her friends were released after a few hours, but Leila remained in detention.

Informed sources say she had been held incommunicado in an intelligence department detention center called “No. 100,” where she had been beaten and brutalized.

Her family did not have any news on her or her place detention.

The student activist has been denied her much-needed medicine. She suffers from intestinal Crohn’s disease.

The 28th Branch of the Revolutionary Court of Tehran had recently Sentenced the activist to five years in prison. The verdict was upheld by Branch 36 of the Tehran Court of Appeals this week.

Leila Hosseinzadeh, a student at the University of Tehran was arrested along with a number of other students during the protests in December 2017, and was released on bail in January 2018.

The 26th Branch of the Revolutionary Court of Tehran sentenced her to 6 years in prison. It banned her from traveling abroad on charges of “assembly and collusion against national security” and “propaganda against the state.”

The 36th Branch of the Revision Court of Tehran Province commuted the sentence to 3 years and six months in prison and a two-year travel ban on June 24, 2019.

Of this sentence, only 2.5 years was implemented based on the clerical regime’s punishment law.

Once again, security forces arrested Leila Hosseinzadeh at her home on July 28, 2019. They detained her in a safe house belonging to the IRGC Intelligence for ten days. Subsequently, they took her to the women’s ward of Evin Prison to serve her 2.5-year sentence.

The student activist Leila Hosseinzadeh received a medical leave on March 11, 2021, and was eventually released for not physically tolerating detention.