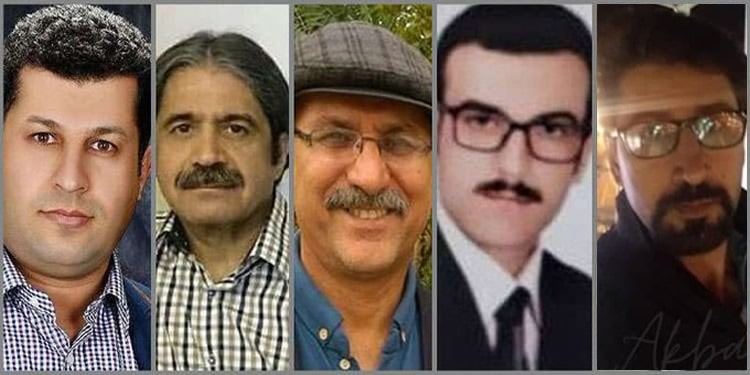 Six political prisoners who were beaten by violent criminals hired by authorities at the Greater Tehran Penitentiary went to court to face new charges.

Political prisoners Akbar Bagheri, Pouya Ghobadi, Shapour Ehsani Rad, Esmail Gerami, Alireza Farshi, and another prisoner were tried on January 8, at Branch 101 of the Hassanabad Fashafoyeh Criminal Court on the false charge of “rioting in prison”.

The new charges, which were filed against them upon a complaint by prison officials, include rioting through involvement in prison protests and holding celebrations in prison.

The six political prisoners were beaten on October 8, in the notorious Greater Tehran Penitentiary, also known as Fashafuyeh, located 30 kilometers south of Tehran. They were beaten severely by violent prisoners hired by the prison authorities.

The prisoners have filed complaints several times to be transferred to other sections due to insecure conditions, but they were left unanswered. Shapour Ehsani Rad, Pouya Ghobadi, Esmail Gerami, Akbar Bagheri, and Akbar Faraji were taken to the prison infirmary after being beaten and injured.

The Greater Tehran Penitentiary is located on the outskirts of the city, therefore there is no supervision on the actions of prison guards and authorities.

Shapour Ehsani-Rad is a worker activist sentenced to six years of prison. Despite his critical physical condition and back problems, he has been denied medical treatment.

Pouya Ghobadi is a 27-year-old political prisoner sentenced to five years of prison. He was charged with waging war against God or “moharebeh”.

Esmail Gerami is also a worker activist, sentenced to five years of prison, 74 lashes, and a 2 million toman fine for “assembly and collusion against the state”. Esmail is 67 years old.