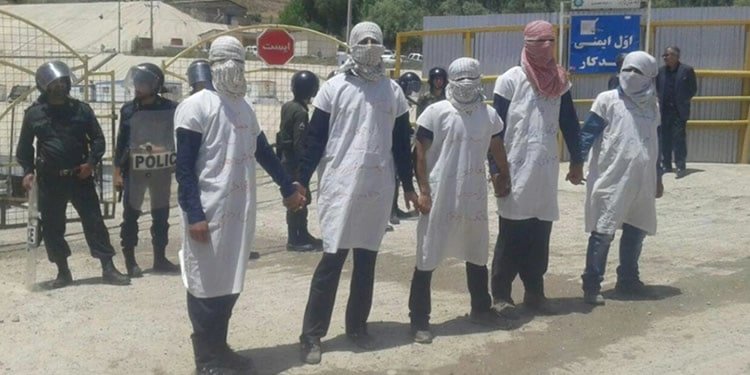 Twenty-two protesters were sentenced to a total of 160 years in prison, 1,480 lashes, and fines for opposing the Sabzkuh-Borujen water transfer project in Chaharmahal and Bakhtiari province.

In a photo of the lawsuit issued by the criminal court of the two cities of Borujen, the plaintiffs are the “Regional Water of Chaharmahal and Bakhtiari Province Organization” and the ” the Revolutionary Guard-owned construction company Khatam al-Anbia”.

Sabzkooh water transfer tunnel project is one of the four challenging water transfer and dam construction projects in Chaharmahal and Bakhtiari, which was started in previous years before receiving legal permits and environmental approvals.

According to experts, this project has seriously endangered the environment of Sabzkuh and Choghakhor protected regions and natural springs in these areas. The project has caused severe economic, social, and environmental tensions.

The construction of this tunnel has been met with widespread protests by local people and environmentalists in recent years, and protesters have held rallies on several occasions. In 2015, the protesters wore shrouds and formed a human chain, demanding the authorities stop the project.

In December 2020, the Public and Revolutionary Court of Borujen found the protesting locals in this case guilty.

Men are not allowed to enter “hundreds of parks in Tehran”