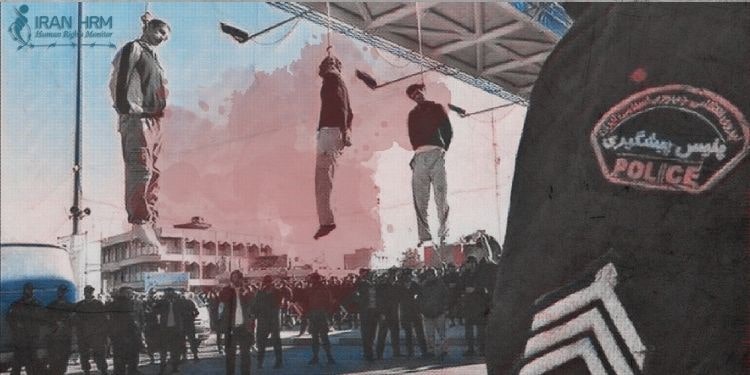 May 2022 saw the Iranian regime ratchet up social clampdown in step with the growing discontent and the spread of popular protests.

Iranian authorities intensified their crackdown on society amid protests against rising prices.

Security forces arrested dozens of teachers in the four days leading up to international workers’ day, between April 28 and May 1, 2022.

Peaceful rallies were held in many Iranian cities on May Day, which coincides with International Workers Day and Teachers’ Day in Iran. The regime imposed tight security measures in several cities to prevent the protests from spreading.

In some cities, rallies turned violent with police and security forces attacking and beating demonstrators. Dozens of teachers and educators were beaten and detained.

May was also marked by widespread protests in various provinces, including Khuzestan, Lorestan, Fars, and Tehran.

A new round of protests in Iran started on May 5, after the government removed subsidies on basic food items which have sent prices skyrocketing including the price of non-traditional bread, flour, dairy products, cooking oil, poultry, and eggs.

Reports say the protests spread to at least 31 cities.

Authorities resorted to violence to quell the protests. At least six protesters were killed by security forces amid a violent state crackdown on the protests, while the authorities blocked internet access in the unrest cities.

Security forces resorted to widespread arrests to counter the protests. There have been reports of hundreds of arrests in Izeh (Khuzestan Province) alone and 50 in the city of Shahr-e Kord (Chaharmahal and Bakhtiari Province).

Security forces in Abadan and other cities used tear gas and shot in the air to disperse peaceful demonstrators who were mourning the lives lost and demanding justice for the perpetrators of the incident.

Iranians blame the regime official’s negligence and corruption for the tragedy.

In other cities including Tehran and Isfahan, authorities dispatched anti-riot units to prevent locals from even holding a vigil in solidarity with the people of Abadan.

The Iranian regime has a documented history of using lethal force to crush protests while cutting off internet access to prevent the world from seeing the state’s violence.

At least 52  prisoners were executed in various prisons across the country in May 2022.

In one case, a prisoner was charged with moharebeh. Three women are among those executed. Two victims were executed for the charges they committed as minors. The absence of official statistics and lack of transparency around executions means that the actual number of executions in Iran is higher.

In May 2022, saw harassment and mistreatment of prisoners. Denial of treatment and family visits were among the measures taken by judicial authorities to put pressure on prisoners.

In several cases, prisoners found no other way to demand their rights but to go on a hunger strike.

Ismail Abdi, imprisoned in Ghezel Hesar Prison in Karaj, announced a hunger strike in protest of the catastrophic living conditions of workers, on the occasion of International Workers’ Day.

Political prisoner Vahid Bagheri went on a hunger strike on May 7, protesting the authorities’ refusal to grant him conditional parole. He was taken to a prison clinic on the 12th day of his hunger strike, in a wheelchair, due to extreme weakness.

Eskandar Lotfi, a member of the board of directors of the Iranian Teachers’ Trade Association in Marivan started a hunger strike on May 29 to protest his unlawful detention. He has been pressured by the authorities to make forced confessions.

Javad Hosseini Nejad, who has been imprisoned in Vakilabad prison of Mashhad for participating in the November 2019 protests, went on a hunger strike.

Fereydoun Zakeri, a Sunni prisoner imprisoned in Rajai Shahr Prison in Karaj, went on a hunger strike to protest the authorities’ failure to handle his case.

Prison authorities did not allow political prisoner Fariba Assadi to receive treatment in a hospital outside the prison because she refused handcuffs during the transfer.

Political prisoner Mohammad Ali Mansouri held in Rajai Shahr prison of Karaj, has been deprived of medical care despite the need for treatment. He is serving the 15th year of his imprisonment.

Kasra Bani Amerian, a political prisoner in Evin Prison, is in poor physical condition because prison authorities have denied him access to adequate medical treatment and a hospital.  He suffers from cancer and his treatment has been suspended.

The trial of 26 Baha’i citizens was held in Shiraz on May 18. These citizens were arrested in October 2016, and during the past six years, the judge in the case ordered several times that they were acquitted of their alleged charges.

However, the investigators declared crimes against these citizens and referred their case to Branch One of the Revolutionary Court in Shiraz.

In another case of pressure on members of the prosecuted Baha’i faith in Iran,  Amin Zolfaghari, a resident of Yazd, was taken to prison on May 24, to begin serving his term. He was sentenced by Branch 2 of the Yazd Revolutionary Court to 3 years and 4 months in prison, which was reduced to 8 months in the appeal stage.

On May 8, Behnam Akhlaghi, Babak Hosseinzadeh, Ayub Pourrazazadeh, and Ahmad Sarparast, Christian converts living in Rasht, were arrested by IRGC intelligence agents at their home and taken to an unknown location.

A fourth Christian convert, Morteza Hajeb, was arrested by intelligence agents and transferred to Lakan Prison in Rasht.

Over the past month, the Iranian regime intensified its repressive measures and launched a new round of violence against women.  In addition to increasing arrests and summoning of women activists and issuing prison sentences for them, the clerical regime carried out specific social measures during May.

The state-run ILNA news agency said on May 22 that a comprehensive plan to control mal vailing has been developed in 11 fields.

ILNA quoted the Secretary of the Headquarters for Enjoining the Good and Forbidding the Evil, as saying that a “comprehensive plan to control the hijab” had been drawn up in 11 fields.

Hashemi Golpayegani declared the announcement of “hijab indicators” to 120 government agencies as the first stage of this plan. He said that with the establishment of “21 Tir” and “Jahad Tabeen” bases, the necessary preparations will be made for the implementation of this plan.

The first task of various government bodies in Iran is to suppress women in the form of clothing.

The issue of the compulsory veil has taken on political and national security significance over the past 40 years and turned into one of the regime’s top priorities. The misogynist regime in Iran has developed various mechanisms to enforce the mandatory Hijab, and the organization set up for this task has widely expanded through the years.