Iran executes 12 prisoners in Zahedan prison in one day 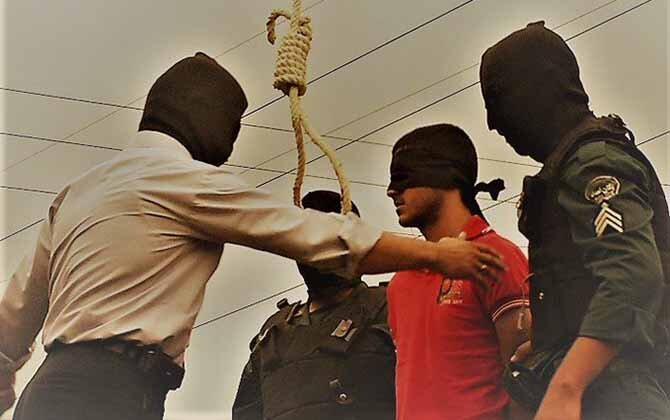 Flanked by masked hangmen, a convict is taking his last breath before being hanged in Iran. File photo.

Human rights sources reported that 12 prisoners were executed in Iran on Monday, June 6, in the Central Prison of Zahedan, the capital of Sistan and Baluchestan Province.

The Halvash news website, which covers the news of religious and ethnic minority groups in Sistan and Baluchestan province, reported that a woman was among the 12 victims of a mass execution carried out in the Central Prison of Zahedan.

The Baluch woman identified only by the last name Gergich had been convicted and sentenced to death on the charge of deliberate murder of her husband.

All 12 inmates had been taken to solitary confinement on Saturday, June 4.

Hashvash said that six of the victims, including a cleric, were hanged for “drug” charges.

Under Iran’s penal code, people can be executed for crimes that are not considered “the most serious” under international law, such as drug trafficking.

Other six prisoners were executed on “murder” charges, but no details are available on their cases.

Iran has the highest rate of executions per capita in the world. At least 193 prisoners have been executed in Iran since the beginning of 2022.

Of course, the figures cannot reflect the reality of what is happening inside Iran’s prisons. Considering the Iranian regime’s lack of transparency, which has deprived human rights activists of access to real statistics, the published figures must be regarded as a minimum and the actual number is definitely higher.