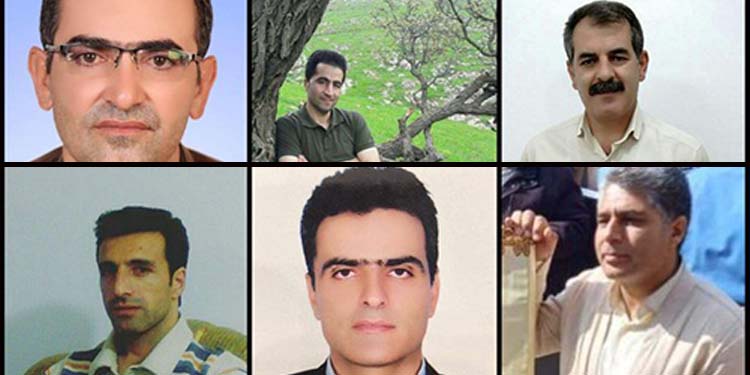 Reports indicate that security forces arrested at least 10 teachers in the western cities of Saqqez and Divandareh in Iran’s Kurdish provinces hours before nationwide teachers protests were to take place on June 16.

There is no information on why they were arrested or where they are being kept.

According to human rights activists in Iran the Intelligence Agency and the Islamic Revolutionary Guards Corps (IRGC) Intelligence Department in Saqqez threatened teachers after summoning them over the phone. They were threatened with arrest and prosecution if they took part in the June 16 teachers’ nationwide protests.

On June 15, informed sources said Mohammadreza Moradi, a member of the Managing Board of the Kurdistan Teachers’ Association in Sanandaj, was detained by security forces.

Hengaw, a Kurdish human rights website, quoted the source as saying that Mr. Moradi was detained outside his home on the night of June 14.

The Coordinating Council of Iranian Teacher Associations, the association that organizes teachers’ protests, issued a call for more protests and demanded the immediate and unconditional release of all detained teachers.

“We declare loudly that if our colleagues are not released immediately and unconditionally, and the legitimate demands of Iranian teachers are not met, the union protests will continue,” the Council said in a statement.

Iranian teachers have in the past few years taken to the streets numerous times to peacefully protest their dire livelihood conditions.

The partial approval of a plan that would give wages to teachers according to their ranks, the non-implementation of a law that would increase the pensions of retired teachers, and the “continuous and systematic” repression of union activists have been the main focus of teachers’ protests over the past year.