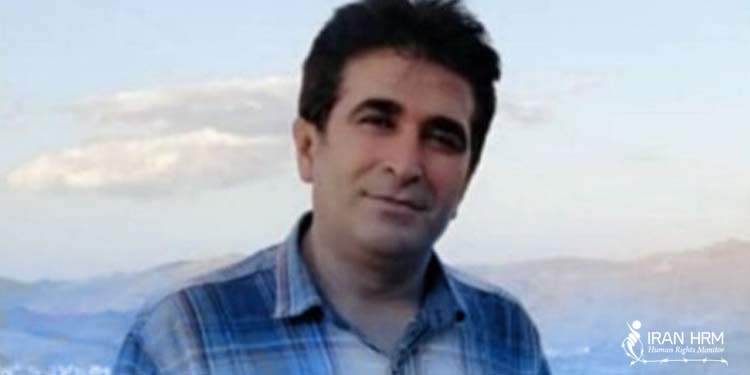 Eskandar Lotfi, a member of the Managing Board of the Marivan Teachers’ Association, has been held in solitary confinement in the IRGC’s Ward 2A at Evin Prison.

he was arrested for participating in a peaceful gathering on May Day, which coincided with Teachers’ Day in Iran, and has been held in legal limbo since then.

Eskander Lotfi, along with another union activist Massoud Nikkhah, was arrested by security forces on May 1 during a peaceful gathering in the city of Sanandaj.

He went on a hunger strike from the moment he was arrested.

Massoud Nikkhah was released from Marivan Prison on May 11 and was re-arrested a day later.

He went on a hunger strike again on May 30, in protest of his continued detention and being pressured to make false confessions. He ended his second hunger strike two weeks later.

On June 12 Mr. Lotfi was taken to ward 2A of Evin Prison, which is under the control of the Revolutionary Guards Corps.

In recent months Iranian teachers have been taking to the streets across the country to protest low salaries and working conditions.
In response, the authorities have summoned, detained, and jailed a growing number of protesters and activists, actions that have failed to stop the rallies.

According to the Iranian Teachers’ Union’s Coordination Council, more than 100 teachers were arrested for participating in widespread protests on June 16, demanding better working conditions and the release of other imprisoned teachers.

The council said on its Telegram channel on June 17 that 60 teachers in Shiraz, about 30 teachers in Kurdistan Province, 10 teachers in Qazvin, six teachers in Rasht, and three teachers in Khomeini-Shahr were arrested during a nationwide rally the previous day.