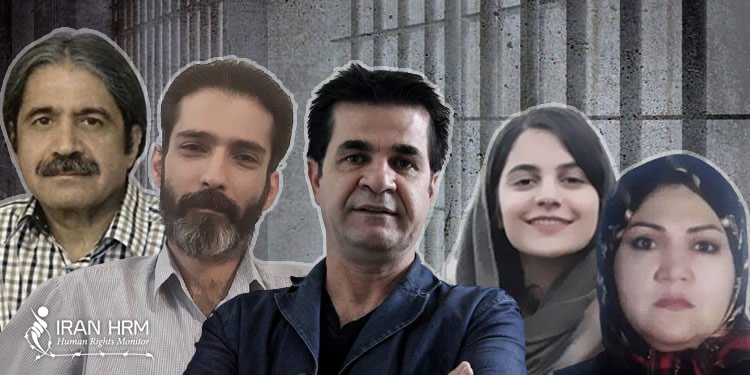 With the re-emergence of COVID-19 in Iran, the number of prisoners suffering from this disease has also increased.

Many political prisoners infected with COVID-19 are deprived of proper treatment.

The poor and unsanitary conditions of prisons, the lack of health and medical facilities, and the overpopulation of prisons have all helped in spreading the infectious disease.

In addition to this, no effective measures have been taken by prison officials to address this issue and they have yet to take preventive measures in the case of non-infected prisoners.

Numerous reports from different prisons in Iran indicate that prison officials prevent the immediate treatment of COVID-19-positive inmates, including not providing the needed medicines or providing the medicines with delay.

In the women’s ward of Tehran’s Evin prison, a number of political prisoners have COVID-19 symptoms, but prison authorities refuse to test them and have not allocated a place to quarantine ailing prisoners.

Health officials only tested the first people who had COVID-19 and announced that they will refrain from conducting tests for other prisoners due to the similarity of the symptoms.

Reports have been recently published about poor conditions in Evin Prison and the infection of several political and non-political prisoners in the notorious Tehran prison.

Health protocols, including quarantine and isolation, have not been implemented in the prison to prevent the spread of the infection, while the sick have been deprived of proper medical treatment.

Reports from other prisons, including Tankabon, Bushehr, Urmia, Sheiban, Ahvaz, and Qarchak in Varamin, indicate that a large number of prisoners have been infected with the virus.

The conditions of all these prisons are reported to be poor in terms of health and population density. These prisons lack quarantine and do not segregate prisoners suffering from infectious diseases.

In recent weeks, the infection of several political prisoners and activists with the virus has sounded the alarm about their health condition. Prisoners with pre-existing medical conditions are at greater risk.

In addition to all the other illnesses Fatemeh Mosanna suffers, she was infected with Coronavirus. She is in an inferior physical condition and suffers from viral gastroenteritis (stomach flu). By contracting the virus, her life is in great danger.

An informed source said that prison authorities did not treat Fatemeh Mosanna for the Coronavirus, and she was at risk of losing her life at any moment.

According to this source, “Before Fatemeh Mosanna contracted the virus, she was undergoing serum therapy to help her manage her medical and physical illnesses. She has internal bleeding and excretes blood. Now that she has been infected with Coronavirus, she may lose her life in prison.”

Fatemeh Mosanna is forced to remain in prison despite the doctors diagnosing her with GI disorders and stating that she cannot tolerate prison conditions. The regime’s Judiciary and Intelligence Ministry are preventing her release.

Jailed dissidents, labor activists, human rights defenders, and lawyers are among those infected with the virus in recent weeks.

Amirsalar Davoudi held in Ward 4 of Section 2 in Evin Prison, had a fever and body aches for at least three days starting on August 4 but was not given a COVID-19 test or any medical treatment.

Esmail Gerami, a board member of the Pensioners Council of Iran who is 68 and serving a four-year prison sentence, contracted COVID-19 while in detention in Evin but was denied proper treatment.

Filmmaker and activist Jafar Panahi was taken to the hospital on August 7 for treatment of COVID-19 but was returned to Evin prison without going through treatment.

The news of Panahi’s infection with COVID-19 was published on August 6, more than three weeks after his arrest.

In an audio file from the prison, Panahi said that after he tested positive for coronavirus he was transferred to the “patient room” to spend his illness and found it “ruined.”

Labor activist Asal Mohammadi and Samin Ehsani, a Baha’i woman and child rights activist, contracted the Coronavirus in Evin Prison. After being transferred to Evin’s quarantine, the prisoners are denied access to basic medical treatment or care.

No medication has been given to these prisoners since they contracted the Coronavirus. The prison authorities have given the prisoners’ prescriptions to their families, requiring them to purchase the needed medicine.

Depriving prisoners, specifically political prisoners with pre-existing medical conditions, of access to medical treatment, despite the warnings of human rights institutions and organizations, including Amnesty International, is one of the methods that judicial authorities continuously use to put more pressure on them.

This is while Iran’s State Prisons Organization and judiciary chief, which are responsible for the safety of all prisoners, are required by domestic and international to provide proper medical treatment to inmates.

In an April 2022 study, Amnesty International reported that at minimum, 92 men and four women in 30 prisons across Iran have died in state custody since January 2010 due to deliberate denial of access to adequate healthcare.

Baktash Abtin, a dissident Iranian poet and filmmaker died of Covid-19 in January this year in hospital after being deliberately denied timely furlough from prison where he was infected.

PEN America, a human rights group, said on Twitter: “Covid is a natural killer, but Abtin’s death was aided and abetted by the Iranian government every step of the way.”