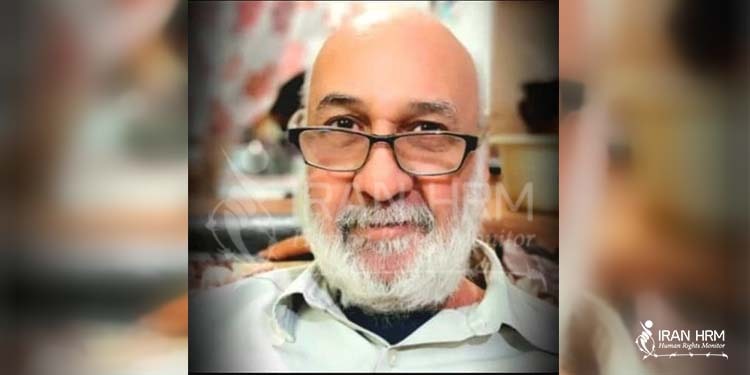 Political prisoner Seyed Hossein Seyedi, who was arrested during the November 2019 Iran protests and was released on bail after serving five months in prison due to his health, was once again detained on August 4 after agents stormed his home. The 66-year-old political prison is currently in critical condition in Tehran’s Evin Prison.

Seyed Hossein Seyedi was sentenced to 10 years of prison for “assembly and conspiring against state security” and “spreading propaganda against the state”.

An informed source said the elderly man was detained on August 4 without prior notice.

“He was going to see a doctor because of an urgent heart problem when they suddenly stormed his home and took him to Evin Prison instead of a hospital,” the source added.

Seyed Hossein Seyedi suffers from several ailments, including heart problems and a closed heart valve, which requires surgery. However, his doctor said surgery was too dangerous and that he must instead follow a strict regimen.

He also suffered a fracture in his leg in an accident a few years ago and has platinum in his leg. He cannot walk due to the severe pain in the fractured area and can only walk a few steps with a cane.

In addition to this, Seyed Hossein Seyedi suffers from acute prostate disease, is hearing impaired, and suffers from nerve disorder due to the use of hearing aids.

His family and friends are extremely worried about their ailing loved one in Evin Prison.

While the actual number is unknown, at least three political prisoners died due to inadequate medical treatment or ill-treatment in Iran in 2021 including Adel Kianpour, Sasan Niknafs, and Behman Mahjoubi.