Mohammad Ghobadlou under the shadow of execution, save him 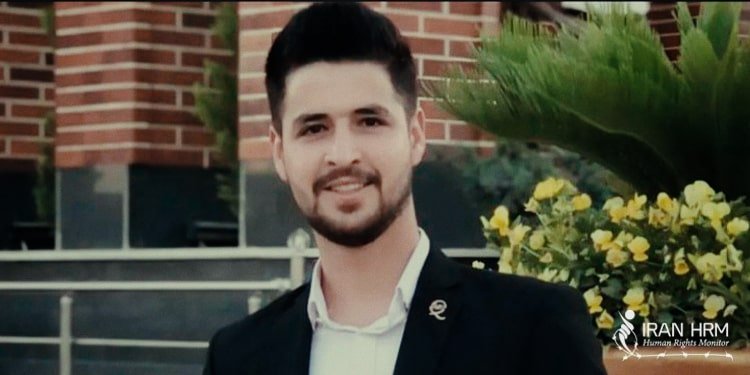 Mohammad Ghobadlou, a resident of Parand in Tehran, born on January 1, 2001. He is one of the thousands of detainees of recent protests in Iran. The Iranian Judiciary sentenced him to death without right to access an attorney. Mohammad Ghobadlou suffers from bipolar disorder; he was charged with murdering a police officer and injuring five other officers by running them over.

Mohammad Ghobadlou, son of Mohammad Ali, has been sentenced to Moharebeh and death by Judge Abolqasem Salavati. Salavati is the head of Branch 15 of Tehran’s Revolutionary Court. His father had earlier rejected the accusations saying, “I am a war veteran who fought for eight years. I suffer neuropsychological illness due to a chemical wave. As a result, my son now has bipolar disease. Do not execute my son.”
The court did not allow Mohammad Ghobadlou to appoint their chosen lawyer during the proceedings. Amir Raisian, Mr. Ghobadlou’s lawyer, said that the murder charge was highly doubtful. Masoumeh Ahmadi, mother of the 22-year-old defendant, has called for help on social media to save her son.
Iran’s authorities have only set three trials for Mohammad Ghobadlou, in which he was condemned to death in each.

The court announced the next session to be held on Monday, October 31, 2022, which never took place. Instead, the defendants’ families were called to court to hear Judge Salavati announce the death sentences. Salavati threatened them to not inform anybody about it.
On October 30, 2022, Amir Raisian published a twitter thread criticizing the public trial. Stating the absence of lawyers and his client’s family, as well as other judicial and legal flaws in relation to his client’s defense.

While refusing the charge against his client, Mr. Raisian outlined a contradiction. A video of the deceased officer’s official funeral and the speech given states his murder differs to what is recorded in Mohammad Ghobadlou’s case. Other medical evidence also proves the same.

The second trial was held on Saturday, December 10, 2022, where Mohammad Ghobadlou was sentenced to death in a very short time. Mohammad Ghobadlou was previously sentenced to death on charges of corruption on earth. He was found guilty of “violations against the physical integrity of individuals, destruction and acting against national security.” He was also charged with “disturbing public order and causing insecurity for the state,” and “inflicting damage on individuals and public property.”
Other charges held against him were heard on this day while Judge Gholamreza Javaheri presided the court. The second trial was to be held on December 6, 2022, but due to flaws, it was postponed to December 10, 2022.

According to his family, Mohammad suffered from his sickness during the trial and was not in normal condition. His medication had not reached him, and he was unable to defend himself. The psychiatrist from the Forensic Medicine Organization suggested in a harsh tone that Mr. Ghobadlou knew what he was doing. This is while the previous available medical records indicate Mr. Ghobadlou’s mental health to be ailing.
Mohammad said in his defense, “At the time of the incident, I had not taken my medication for two months and not slept for three nights. I was angry by the videos shared online and it sparked me.
The psychiatrist claimed, “The defendant referred to his bipolar disease history in which he was visited twice. He was never hospitalized and by his explanation he did not have any problems on the day of the incident and took deliberate action. There are no signs or evidence of a major disorder and mental illnesses.”

The rejected defense lawyers objected to ten faults of the prisoner’s proceedings that remained unsettled in the second session.
The most important flaw relates to days before Mohammad Ghobadlou’s first trial. A clip shown by the state security forces introduces an officer by the name of Farid Karimpour. He was killed by protesters (rioters), but his murder was included in Mr. Ghobadlou’s case. No state force member was killed during the incident of Mohammad Ghobadlou’s collision with the Special Unit (motor police).

On Saturday, December 24, 2022, Mohammad Ghobadlou’s death sentence was upheld by the Supreme Court and his life remains in imminent danger of execution. The death penalty was confirmed despite all the defects argued by Mohammad Ghobadlou’s lawyer. His execution can be carried out at any moment.

On Sunday, January 8, 2023, Mr. Ghobadlou was transferred to solitary confinement at Gohardasht Prison. His sentence is to be carried out and once his family received the note they gathered to protest outside the prison. Iranians joining the Ghobadlou family demanded immediate halt of his execution.

Iran Human Rights Monitor calls for urgent action by the UN Human Rights Council to investigate serious human rights abuses in Iran. Mohammad Ghobadlou’s life is in danger. The right to life of detainees should not be violated.

I wish this was all a dream; Mohammad Boroughani on death row