Call for Immediate Release of Demonstrators in Nationwide Protests in Iran 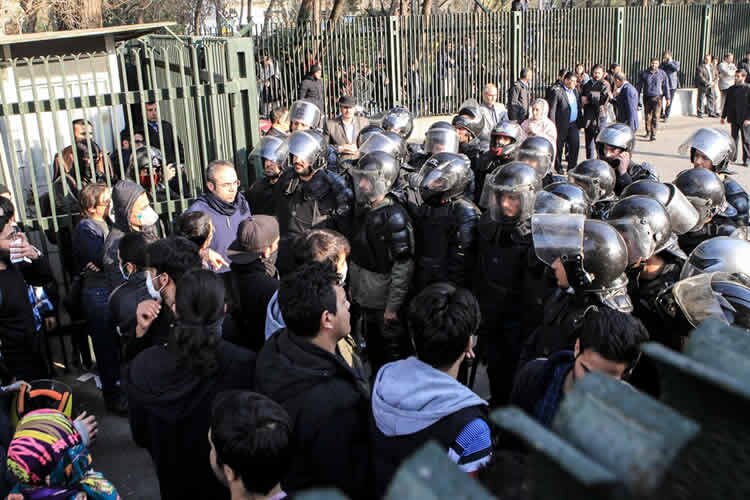 EveryOne, an Italian human rights group, released a statement in partnership with Iran HR Monitor, calling for the immediate release of Iranian protesters arrested during the recent nationwide protests. The statement reads in part: ” Since the start of pro-democracy demonstrations in Iran on December 28, 2017, the regime has started killing defenseless protesters and has carried out widespread arrests in Iran. These prisoners have been detained in prisons all over Iran where they were subjected to intense interrogations and in many instances, torture. A number of protesters have also disappeared.
This is an absolute lack of respect for freedom of opinion and the right to assemble on the part of the Iranian government and we believe that it is up to the United Nations to hold the Iranian government accountable for its actions.
On January 3, 2018, the United Nations High Commissioner for Human Rights urged the Iranian authorities to “respect the rights of all demonstrators and detainees, including their right to life, and guarantee their safety and security” and to investigate all deaths and serious injuries that have occurred so far.
On May 9, 2018, after protests by the people of Kazeroun, in which at least two demonstrators were killed by security forces while dozens were arrested, the spokesperson for UN Secretary-General Antonio Guterres said that they “wanted to make sure that the rights of team to assemble and to protest peacefully were respected by all, including the security forces”, and that the UN would hold them to that.
We request that you take action and make decisive decisions to prevent further suppression and the killing of peaceful demonstrators and call for the unconditional release of the thousands of detainees arrested throughout Iran. Please inform the Iranian authorities that if they continue their suppressive measures, serious steps will be taken by the United Nations.”

EveryOne Group is an organization of people operating on an international level outside any political wing or faction in defence of human and civil rights. Its main priority is to save human lives and to prevent violations of the fundamental rights of the individual or peoples.

The organization carries out constant monitoring, research and investigations into the conditions of minorities on Italian territory, and in particular the policies and measures being carried out by the institutions, authorities and press towards minorities present or passing through the various regions. In this way EveryOne can report to the international authorities (including the UN High Commissioner for Human Rights, the UN High Commissioner for Refugees, and the European Parliament) on the level of respect for the laws that protect human rights.