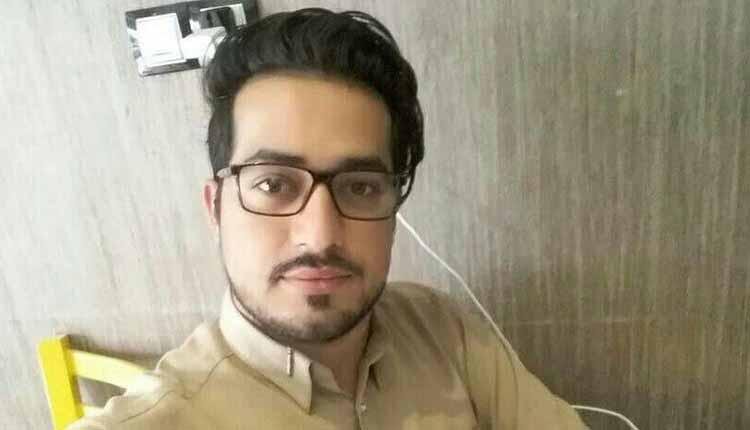 Abdollah Bozorgzadeh who was arrested during a rally on June 17, 2018, in Iranshahr, in outrage over the rape of 40 school girls, has been transferred to Zahedan intelligence detention center.
According to Bozorgzadeh’s relatives, he has been under phisycal and phsycological torture and has been denied any family visit or telephoce call.
On Sunday, June 17, 2018, a number of people of Iranshahr gathered outside the gates of the Governor’s Office to protest the gang rapes of 41 young women and girls in Iranshahr. They demanded the arrest and punishment of the assailants without receiving any answer for their demands. The protesters were instead attacked and at least six persons were arrested.
On Tuesday, June 19, 2018, a group of Iranshahr’s women gathered again outside the Governor’s Office. The women who were infuriated by the gang rapes of 41 young women and girls in Iranshahr, held small placards which read, “Victims of rape are not instruments to be sacrificed for special interests,” “women are not commodities to lose their value because of rape,” and “No to all forms of violence.”
Also, on Monday evening, June 18, 2018, a group of young women and girls walked through the crowded Vali-e Asr district in Tehran holding up placards which read, “Daughters of Iranshahr, let’s break the silence,” “Speaking of rape is not a disgrace,” and “rape victims must not remain silent.”