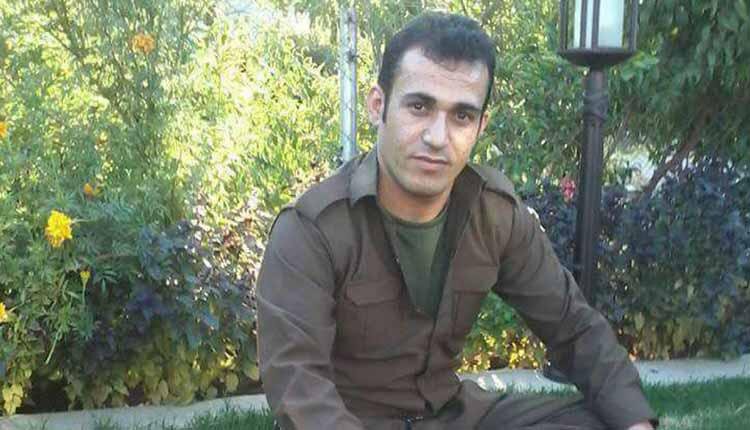 Kurdish political prisoner Ramin Hossein Panahi is at risk of imminent execution, Hossein Ahmadi Niaz, the lawyer of the political prisoner has observed on his Facebook account.
He said that Ramin’s brother, Anvar Hossein Panahi has told him that their parents have been taken to prison on Monday to visit Ramin despite the fact that he was deprived of any visits. This could be a sign that his execution is imminent, and could happen within days.
A source who seeks to remain anonymous has said, “A meeting was held on Ramin Hussein Panahi’s execution at the prosecutor’s office in Sanandaj, during which they finally decided to implement the verdict and it will be carried out soon.”
Starting Tuesday, Haydari, the warden of Sanandaj Central Prison where the political prisoner is held, has placed the entire facility on high alert for 48 hours and cancelled leave for all security units, sources said.
The 24-year-old Ramin Hossein Panahi was sentenced to death in January for “taking up arms against the state.”
His execution was previously scheduled for 3 May and he was transferred to solitary confinement in preparation for it. However the authorities granted him a reprieve from execution, taking him off death row after Iranian and international rights activists intensified a social media campaign for annulling his death sentence. But many of the activists said they feared Iran was delaying an execution until after the Islamic holy month of Ramadan, which ended in mid June.
UN human rights experts have recently made a fresh call to Iran to annul the death sentence imposed Ramin Hossein Panahi.
The UN experts said there were many legal concerns about the handling of the case, including reports that Mr. Panahi had been tortured, denied access to a lawyer or medical care, and that he had been held incommunicado.
The experts also stressed their concern that the charges against Mr. Panahi did not meet international standards, which specify that the death penalty must be limited to cases of intentional killing.