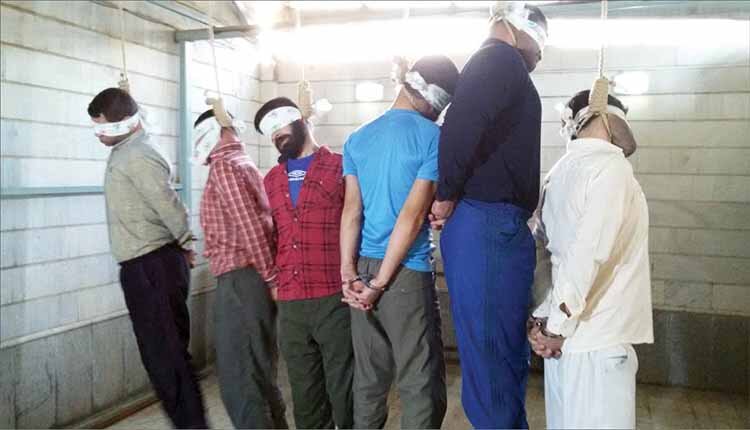 Iran hanged six men convicted of stealing 10kg of gold jewelry using cold weapons, the state media reported.
The victims were convicted of stealing 10kg of gold in 2015 from a car carrying gold jewelry in Mashhad’s airport Blvd. Although the culprits only injured one person during the incident, the six men, all under the age of 30, were sentenced to death for the charge of “Moharebeh” (enmity with God).

According to a report by ISNA, on the morning of Saturday, August 18, six prisoners were executed at Mashhad Prison. The prisoners, who have not been identiried, were sentenced to death on the charge of “armed robbery.”

According to the report, the defendants attacked a car carrying jewellery and stole ten kilograms of jewellery. The report doesn’t mention whether anyone has been injured.

Kurdish political prisoner transferred miles away, fears grow he could soon be executed