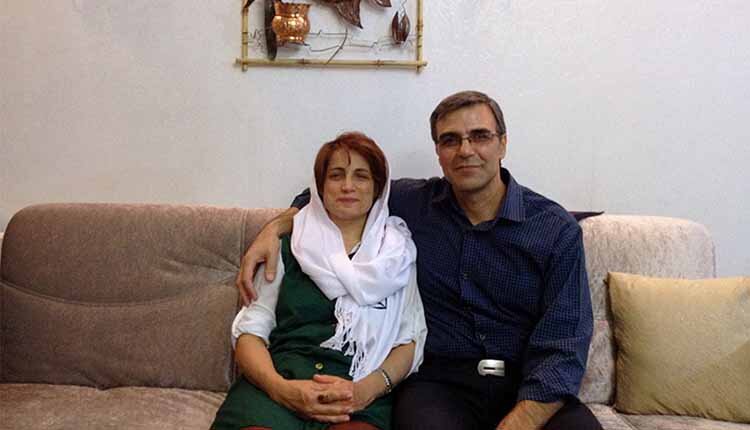 Reza Khandan, the husband of prominent human rights lawyer Nasrin Soroude was arrested this morning in Tehran, according to a news release by Amnesty International.

The organization called on the Iranian authorities to immediately and unconditionally release both Nasrin Sotoudeh and Reza Khandan.

Sotoudeh’s husband, Reza Khandan, who has campaigned for her release, had said on his Facebook on Monday he had been called in for questioning by the Ministry of Intelligence. He said that when he objected he was told, “Then you’ll be arrested.”
The news release reads in part: “Reza Khandan’s lawyer, Mohammad Moghimi, said in a Facebook post that after his arrest, Reza Khandan was taken to the Office of the Prosecutor in Tehran’s Evin prison where he was charged with “spreading propaganda against the system” and “colluding to commit crimes against national security.” He has also been accused of “promoting the practice of appearing in public without a veil” because of his support for the Iranian women’s campaign against forced veiling (hijab).”

Reza Khandan had publicly campaigned for the release of his wife, Nasrin Sotoudeh, since her June imprisonment to serve a five-year sentence for a national security-related conviction handed down in absentia. In the months before her arrest, Sotoudeh had defended Iranian women arrested for removing their compulsory hijabs or headscarves during public protests against the Iranian government. She began a hunger strike Aug. 26 to protest her detention and government harassment of her family and friends.

Prior to his arrest, Reza Khandan had raised concerns on Facebook about human rights violations in Iran, including the imprisonment of human rights defenders and the prosecution of women who have campaigned against forced veiling (hijab).