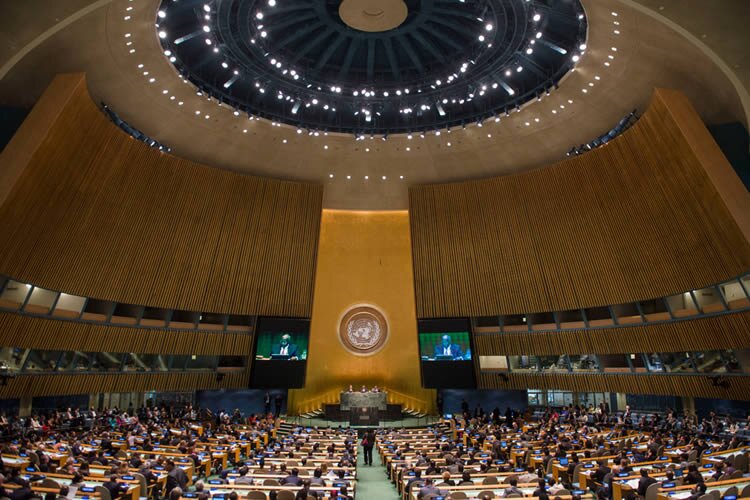 A U.N. committee on human rights has approved a resolution urging Iran to stop its widespread use of arbitrary detention and expressing serious concern about its “alarmingly high” use of the death penalty.

The General Assembly’s Human Rights Committee adopted the resolution Thursday by a vote of 85-30, with 68 abstentions. It is virtually certain to be approved by the 193-member world body next month.

The resolution “strongly urges” Iran to eliminate discrimination against women in law and practice and expresses “serious concern about ongoing severe limitations and restrictions on the right to freedom of thought, conscience, religion or belief.”

It singles out violations including harassment, intimidation and persecution against religious minorities including Christians, Gonabadi Dervishes, Jews, Sufi Muslims, Sunni Muslims, Yarsanis, Zoroastrians and members of the Baha’i faith — and urges the release of religious practitioners including Baha’i leaders.

It also said some juvenile executions were for offenses not considered “most serious crimes.”

The United States and European countries were among the resolution’s co-sponsors. Among the countries that voted against it were Tehran’s allies Russia, China and Syria.

The resolution urged Tehran to improve conditions in Iranian prisons and ensure there was no torture.

It demanded that Iran end what it said were “widespread and serious restrictions, in law and in practice, on the right to freedom of expression, opinion, association and peaceful assembly” of dissidents and human rights defenders.

It said they were subjected to “ongoing harassment, intimidation, arbitrary detention and prosecution.”

The victims of such treatment include political opponents, human rights defenders, women’s and minority rights activists, labor leaders, students’ rights activists and others, it said.