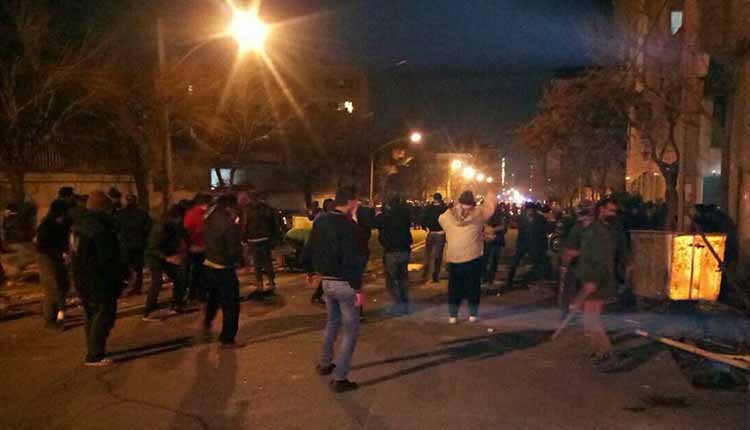 The dervishes have been sentenced to overall 190 years of prison, 46 years of exile, 1,776 lashes, a 46 year travel ban and a 46 year ban on involvement in social and political activities.

All the dervishes are currently detained in the Greater Tehran Prison.
The sentences are final and not subject to review.

The dervishes refused to go to court to hear their sentences in protest to the “illegal house arrest” of their religious leader, and not receiving due process. They also said that the believed that the courts were “inquisition style.”

Most of the dervishes have received between 6 to 9 years of prison while one of the men identified as Mostafa Abdi has received 26 years of prison. Each of the jailed men have also been sentenced to 74 lashes.

There was no comment on the sentencing of the Dervishes in Iranian state-run media.

Members of the Sufi Muslim religious sect long have complained of harassment by Iranian regime, who views them as heretics.

Iranian authorities arrested the Dervishes during anti-regime street protests in Tehran. The February 19-20 protests escalated into violent confrontations with security forces, who arrested more than 300 people.
However, given the Iranian Regime’s propensity for under-reporting, that figure could be much higher.

The Gonabadi Dervishes had been demanding the release of arrested members of their community and the removal of security checkpoints around the house of their 90-year-old leader.

A member of the religious Sufi order, 51-year old man, Mohammad Reza Salas, was hanged last June allegedly for driving a bus over the security and Baseej militia forces, killing three of them.

Salas insisted that at the time of the bloody clashes he had not even been near the scene.

Iran hangs 13 prisoners on the eve of Persian new year