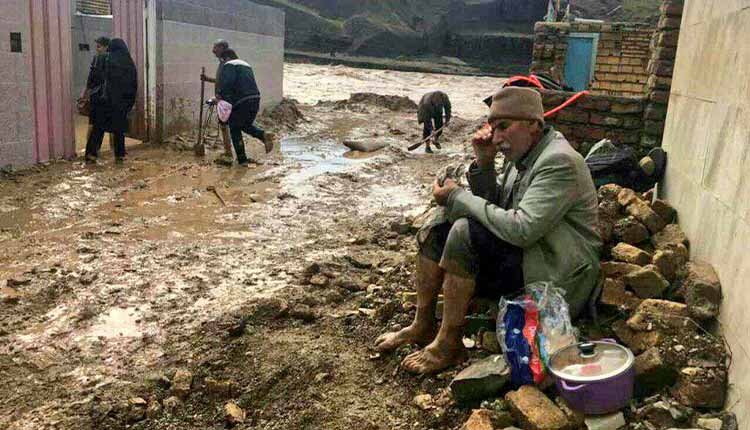 Iran’s Attorney General warned Iranian people that they could be prosecuted for their reporting on the flood that has resulted in dozens of deaths and destroyed homes and infrastructure in more than 25 provinces throughout the country.

Mohammad Jafar Montazeri that publishing “fake” news on the floods was a security violation adding that those who published such news would dealt with as “disrupting the security of the country.”

Mohammad Jafar Montazeri said that the Attorney General, Ministry of Interior and the Police were coordinated on the matter.

“In the first stage, the sources of the publication of false news should be identified and when identified, they will be dealt with,” he went on to add.

While Interior Minister Abdolreza Rahmani Fazli complained about reports on social media showing government incompetence in dealing with the flood in the northern province of Golestan.

The state-run ISNA news agency quoted Rahmani as saying: “I told judicial authorities and the prosecutor to deal with those who are behind publishing fake news and those who are looking to exaggerate the problems in flood-stricken areas.”

The starkest warning was also echoed by the state’s cyber police force, referred to by the acronym of FATA, on March 27, 2019.

“All police units in the provinces have been instructed to monitor social media and take swift action against those who publish images and spread rumors that disturb public opinion and disrupt the peace in society,” said Ramin Pashaie, FATA’s deputy chief, on March 27.

Pashaie also accused those who have shared photos and video footage of the damage, particularly from the hardest-hit city of Shiraz, Fars Province, of doing so for personal gain.

“We ask our dear citizens to not pay attention to news from unknown sources on social media because many of these individuals want to take advantage of the recent floods in order to increase their audience and followers,” he said.

This is while the heavy rainfall that began on Sunday, March 17, 2019 in the northern cities of Iran, caused the cities and villages of provinces like Golestan, Mazandaran, Northern Khorasan and Semnan to become engulfed with water due to the devastating policies of the Iranian regime in response to natural disasters.

Many Iranians lost their lives or their belongings at the beginning of the Persian New Year. Tens of thousands became homeless and many people are faced with heavy financial losses in these provinces. Dozens of villages have gone underwater, and thousands of people are spending their terrible days without any shelter in this bad weather conditions.

The regime, however, has tried to cover up the extent of the devastation. It has been reported that journalists have been blocked from entering hospitals so that they cannot write or speak about the number of killed or injured.Tehran, the nation’s capital, is about to face a crisis because of the rising water levels. The city, which is home to 9 million people, is being spoken about widely on social media.

Iran Sentences Labor Activist to Prison Without Access to Counsel