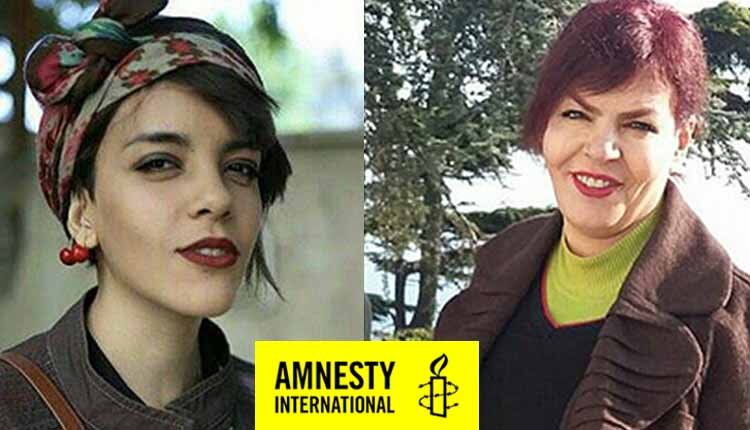 Amnesty International has demanded that the Iranian regime stop harassing, arresting and imprisoning peaceful protesters advocating for an end to the “degrading and discriminatory” compulsory hijab laws in the country, as well as immediately and unconditionally releasing those already detained on this basis.

Two women’s rights defenders – Yasmin Aryani and Monireh Arabshahi – have been detained for their peaceful activism in the past week, while Vida Movahedi, who was thrown in jail in October, was sentenced last month to one year in prison for her peaceful protest.

In addition, the suppressive security forces have made threatening phone calls to several other women’s rights activists to say that they will be arrested if they continue to campaign against forced veiling or to summon them for questioning, which often translates to being jailed.

AI also reiterated in its statement, “Iran’s intelligence and security bodies have also subjected several other women’s rights defenders to threatening telephone calls, warning them that they will be arrested if they continue to campaign against forced veiling. Some have been summoned for questioning and fear imminent arrest.”

Magdalena Mughrabi, Deputy Middle East and North Africa Director at Amnesty International, said: “Iran’s authorities appear to be lashing out in response to the increased defiance displayed by Iranian women and the growing peaceful popular movement against forced veiling laws in a bid to intimidate them into silence and submission.”

She described the criminalization of women and girls for not adhering to the hijab as a “cruel, inhuman and degrading” form of gender-based discrimination, which “damages women’s dignity”. She called on the Iranian authorities to release all women’s rights defenders detained for peaceful activism.

Yasmin Aryani was arrested on April 10 at her family home in Tehran and taken to an unknown location. Her mother, Arabshahi, was arrested the following day when she visited the Vozara detention center in Tehran to find out what had happened to her daughter.

Aryani was not allowed to contact her family until April 15 when she was allowed to make a brief phone call without revealing her location.

Her mother, Monireh Arabshahi was arrested On Thursday, April 11, 2019 when referring to Vozara detention center in Tehran to inquire about her daughter.

It is said that the State Security Force (SSF), referring to their residence on Wednesday, April 10 had a warrant to arrest both the mother and the daughter, but as Mrs. Arab-Shahi was not in, they only arrested Yasamin. The warrant was issued by the Prosecutor’s Office of Karaj.

Arabshahi is being held in Shahr-e Rey (Gharchak) prison, which is known for its overcrowded and unhygienic conditions. The prison lacks access to safe drinking water, adequate food or medicine and fresh air.

It is thought they were arrested for participating in a video, which went viral on International Women’s Day, where they appeared without the hijab and discussed women’s rights on a metro train in Tehran, whilst handing out flowers to female passengers.

Arabshahi said: “[I hope] the day will come when women are not forced to struggle [for equality].”

The charges against them are believed to be “spreading propaganda against the system” and “inciting corruption and prostitution”; both vague charges that have no real meaning.