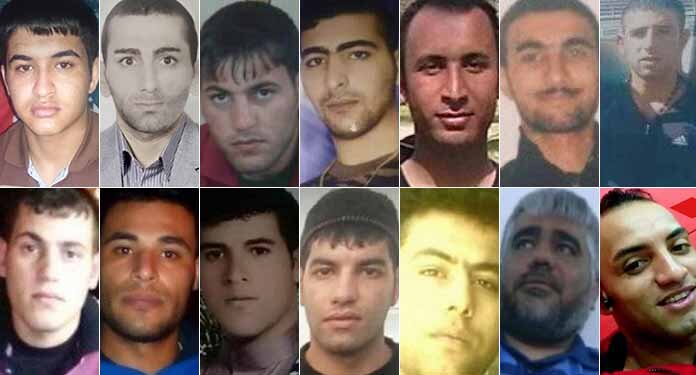 According to prisoners’ relatives, dozens of prisoners were suffocated with teargas, burned to death during a prison riot over conditions, amid an outbreak of Covid-19.

The Intelligence Ministry branch in Ahvaz has warned the relatives of the victims of Sheiban and Sepidar prisons, against disclosing the cause of death of their loved ones. In order to prevent the news of the repression of the prisoners, the prison phone lines are cut off, and the (prison) officials do not respond to the families.

Amnesty International said it feared around 36 prisoners have been killed by Iranian regime enforcers attempting to suppress uprisings in at least eight prisons around the country.

Citing sources inside Iran, Amnesty alleged live ammunition was used to quell protests by detainees fearful they would become sick with Covid-19. Amnesty cited at least one case in which a prisoner was possibly beaten to death.

Meanwhile, there are reports indicating that several other inmates have been harmed by security forces during the protests.

The UN human rights spokesperson Rupert Colville voiced concern about the prisoners after reports of unrest in facilities prompted by worries over a coronavirus outbreak in a virtual briefing in Geneva on April 4.

“As you see in Iran and some other countries, we are seeing riots, prisoners who are afraid, who are distressed at the big loss of contact from family members and so on. So, there are many, many issues surrounding this,” Colville said.

“We are horrified at the death of a juvenile offender after he was reportedly badly beaten by security officers,” Colville added. “Prisoners were protesting at prison conditions and the failure of the authorities to temporarily release them amid the COVID-19 pandemic.”

The names of some of the victims are as follows:

Sajjad Abiat, a prisoner who was wounded during a prison riot late March over conditions, died in a hospital today. Dozens of prisoners in Ahvaz, SW #Iran were killed as the authorities opened fire on detainees fearful they would become sick with #COVID19 https://t.co/tl84clRjit pic.twitter.com/bgbHwExDKI

Seyyed Reza Khorsani, & Mohammad Salamat were shot & killed Monday night in Sepidar Prison after inmates demanded that they be allowed furloughs in fear of getting #COVID19. The regime has refused to grant the prisoners leave despite #coronavirus outbreak.https://t.co/Q5ArbPel9P pic.twitter.com/VVCLSOHcvH

Naser Zobeidi was shot & killed by the IRGC forces during a riot in Sheiban Prison of Ahvaz, SW #Iran. Several prisoners were killed. They were protesting the authorities not temporarily releasing them despite #coronavirus outbreak. #COVID19 https://t.co/tl84clRjit pic.twitter.com/QTpwC4miZq

Sajjad Pishdad and Alireza Hajivand were shot and killed in Ahvaz's Sepidar Prison in southwest #Iran after prisoners demanded that they be allowed furloughs in fear of getting #COVID19.#CoronavirusPandemic https://t.co/tl84clRjit pic.twitter.com/aNIf4sLjat

Sorush Makvandi is one of the prisoners killed by security forces amid rioting over fears of contracting the #coronavirus in SW #Iran prisons
Dozens were killed after the authorities used lethal force to control protests over #COVID19 safety fears.https://t.co/tl84clRjit pic.twitter.com/E8VfeQ2Mnr