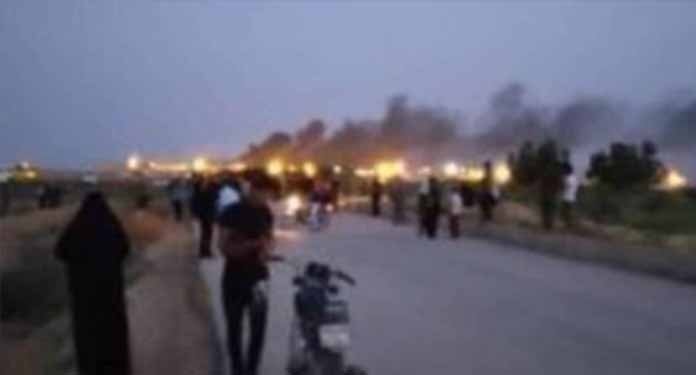 A number of prisoners riot in the Sheiban Prison of Ahvaz and clashed with prison guards on Tuesday, March 31, 2020.
Inmates were protesting lack of hygiene supplies and the coronavirus epidemic.
The unrest followed a riot in the city’s Sepidar Prison by inmates fearing coronavirus outbreak.
During the protests, sounds of shooting could be heard and a thick smoke could be seen arising from the prison building.
The prison compound was surrounded by security forces and several ambulances were also seen leaving as gunfire and tear gas were reported from inside the facility.

Inmates in Sheiban Prison of Ahvaz, southwest #Iran, launched a riot today in fear of getting infected with the #coronavirus during the epidemic. #COVID19 pic.twitter.com/KpOKcDbk6d

Gathering on Ahvaz-Shushtar road, families of a number of prisoners jailed in this prison raised concern about their relatives in the wake of the protests. Security forces lobbed teargas canisters at participants in the gathering, as a result of which three were wounded, local sources said.

March 31 – Ahvaz, SW #Iran
Concerned families of inmates at Sheiban Prison gathered outside the prison after they heard inmates were attacked during a riot at the prison today. Security forces reportedly opened fire & used tear gas targeting the family members of the prisoners. pic.twitter.com/hWwKDQiS7d

Earlier on Monday, March 30, a number of prisoners broke out of Sepidar Prison of Ahvaz following a protest against the authorities’ refusal to grant them temporary leave during the coronavirus crisis.
Inmates took control of the sentry post for some time. They reportedly clashed with prison guards in various wards. At least three inmates were reportedly killed and several others were injured.
The past week has seen riots in several Iranian prisons where inmates fearing contracting the coronavirus contracting rioted amid lack of adequate medical care in correctional facilities.
It started in Khoramabad and Aligoudarz, followed by Tabriz and Saqqez. On Saturday night the wave of prison riots reached Hamedan and Mahabad prisons. On Sunday night it was the turn of Adelabad Prison of Shiraz. On Monday, there were reports of riots in Ahvaz prison.
The incidents are taking place against the backdrop of the worsening coronavirus outbreak, which has so far claimed the lives of more than 14,200 people. Iran’s prisons, in particular, are hit badly as humanitarian conditions continue to deteriorate. 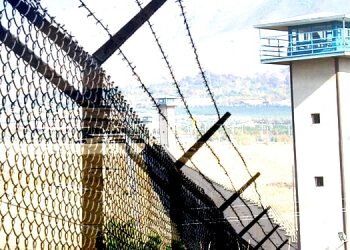